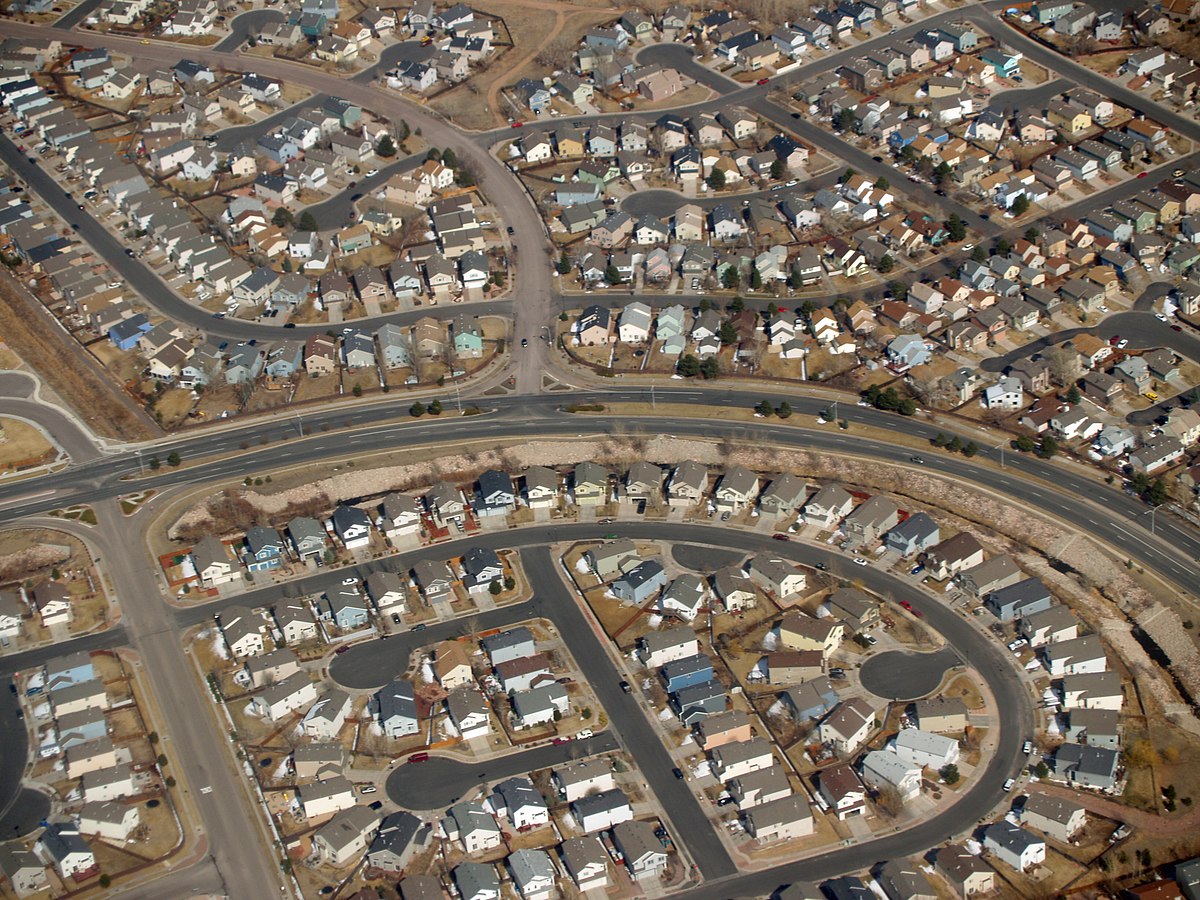 Ashley Parker and Jonathan Martin had a fascinating story about how demographic changes helped to power two challengers to entrenched Republicans in primary battles over the last couple of weeks.

“In both states, the growth fueled by a migration of newcomers from other parts of the country and even abroad is bringing nationalized politics to races further down the ballot. It was these new arrivals, more than any other voters, who most crucially rejected two influential Republican incumbents — the House majority leader, Representative Eric Cantor of Virginia, and Senator Thad Cochran of Mississippi — in primaries this month, upending long-held assumptions about the appeal of traditional levers of power.

In the newly built communities of DeSoto County in Mississippi, and the fast-growing precincts in such metropolitan Richmond counties as Henrico, Hanover and Chesterfield — what could be called the Chick-fil-A belt — the conservative challengers to the two incumbents led by overwhelming margins.

State Senator Chris McDaniel thrashed Mr. Cochran by 36 percentage points in DeSoto County, the state’s third-largest, a key factor in his edging the incumbent by fewer than 2,000 votes statewide and forcing Mr. Cochran into a runoff. Mr. Cantor lost the suburban population centers of his district by double digits en route to being unseated by David Brat, a conservative economics professor and himself a Virginia transplant.

For all the talk about how partisan polarization is overwhelming Washington, there is another powerful, overlapping force at play: Voters who are not deeply rooted increasingly view politics through a generic national lens.

Friends-and-neighbors elections were already a thing of the past in congressional campaigns. But the axiom that “all politics is local” is increasingly anachronistic when ever-larger numbers of voters have little awareness of what incumbents did for their community in years past and are becoming as informed by cable television, talk radio and the Internet as by local sources of news. In this year’s primaries, the trend is lifting hard-liners, but it has benefited more moderate candidates in general elections.

Four years ago, I wrote this about phenomenon in a piece I called “Suburban Revolutionaries”:

“In Ancient Rome, it was the poor people who lived in the suburbs.  The rich lived in the city center, close to work, close to entertainment, close to all the finest restaurants (or the Roman version of restaurant).

But in post-World War II America, that all started to change.  Public transportation became more readily available, and bedroom communities rose up, first outside of New York City, and then swept the nation.

The riots of the 1960’s convinced many ethnics and the few remaining Protestants who lived in the big cities, that the American dream was better found in the suburbs, and a great wealth transfer from the cities to the suburbs began in earnest.

As that happened, a familiar voting pattern started to become accepted wisdom.  The Democrats dominated the cities, while the suburbs were Republican bastions.  And for close to 30 years, that was pretty much how it worked out.

White middle-class families, some ethnic Irish or Italian or Polish from their neighborhoods in the cities, mixed with Presbyterians and Anglicans from the wealthier parts of the cities.  Other Protestants, usually Baptists or Methodists came in from rural parts of the country, looking to find work and their version of the American dream.  They mixed in a monochromatic melting pot, and slowly lost their own identities, as their kids went to public (better and cheaper) high schools, intermarried, and moved to other suburbs or sometimes to other regions of the country.

In the late 1990’s, the old suburban consensus started to fray.  Republicans started losing the suburban voter.  As the party became more Southern, more evangelical and more rural, suburban voters started giving the Democrats a closer look.  Part of that, of course, came because the suburbs themselves were changing.  More Hispanics moved into the suburbs, and some African-Americans, who originally moved from the South to the Northern cities during the middle of the last century, started venturing to outside the cities to seek their American dream.

By the election of 2006, the suburban voters had enough of Republicans.  Catholic suburban voters grew tired of George Bush and Tom DeLay.  More affluent Protestant and Jewish voters ditched their concerns over the taxes, and started voting (and giving money) to Democrats, chiefly because they didn’t like the social conservatism of the GOP.

Republicans, who once had a lock on the suburbs, now were getting beat there, as evidenced by the loss of both Tom DeLay and Denny Hastert’s seats in the 2006 and 2007.

In the Presidential election of 2008, Barack Obama did very well indeed in the suburbs.  Many of these white suburban voters put their old racial anxieties away, and voted for the nation’s first black President.  They voted for hope and change, and many of them voted against the Republican nominee’s curious choice for Vice President, Sarah Palin.  They also voted for change from a Republican Administration that seemed to lose touch with the very real concerns of the suburban voter.

Today, the suburbs are a mess.

Many of them, straining under the burden of huge pension costs for their own employees, have had to cut basic services.  Traffic is a disaster.   Suburban high schools aren’t as great as they once were.  Crime is up, and the poor from the cities often bring their problems with them.  And the housing crisis, which caused a boom during the turn of the century, has hit the suburbs the hardest.  These folks (who bought their outsized homes with a three-car garage and swimming pool in the backyard, and four bathrooms, along with their big-screen television sets,  and all assumed that property values would keep climbing so they could take the equity and spend even more money) are now faced with a personal debt crisis, because, well, those property values didn’t keep going up.  They started going down quickly, as did the value of 401k’s and other pension plans.

Because family institutions aren’t as strong as they once were (how can they be, when families are now scattered throughout the country?), these suburban pioneers often have nobody to turn to for help and support.   The hardest hit are the suburban men who statistically have been walloped by a recession that seems to target male workers with the fiercest impact.

And so many of these suburban men, many of whom are underemployed if not unemployed, turn to the Internet to find out what is happening in Washington.  They have plenty of time to listen to Rush Limbaugh and tune into Glenn Beck.  And their anger at first their own situation, where the schools are getting worse, the roads are getting more clogged, their communities are getting less safe, just as their taxes seem to be going up more and more to pay for less and less government services, turns into anger at the new President, Mr. Obama.

And Mr. Obama makes a critical error early on.  He decides to ignore these concerns.  Instead, he bails out the banks (well, he didn’t, but yet he still gets blamed for it).  Then, he says that the suburban voter is a polluter, and needs to be taxed for his pollution.  And then, he spends most of his time on a health care plan that many middle class voters think that they will ultimately have to pay for with higher taxes, higher premiums and less health care quality.

His administration does say that they won’t enforce the pot laws, which is just a great message to send to the kids.  He does say that if you make more than $200,000, hey guess what, you are rich, something that most middle class, suburban families find hilarious and scary.  He does say that government spending doesn’t need to be cut, but instead, increased, a statement that suburban voters, who are up to their necks paying for government that doesn’t do what it is supposed to do, find completely ridiculous.

And so, these suburban voters, who are angry about their own place in the world, angry that the suburbs they once viewed as a refuge are now falling apart, angry that the homes that once were both their castles and their ATM’s have now become a financial burden, angry that the America that once seemed to always be on the rise now seems to be in a irreversible decline, are now blaming the President and all that he represents for their anger and their disappointment.

Some historians believe that the French Revolution was caused not by poverty, nor by ideology, but rather by the collapse of high expectations.  When you expect things to get better, but suddenly they get worse, that is when you get revolution.

If that is the case, then we can expect a suburban version of the French revolution this November.  Suburbanites who once expected that their futures held nothing but upward mobility are now facing the grim reality of busted budgets, persistent debt, mediocre schools, clogged streets, and alarming crime.

And they aren’t happy about it.  The suburban voter, who has steadily moved leftward over the last decade or so, is quickly moving back to the right.  Republicans, if they are smart, will find a way to appeal to these voters and get them back into their party before these suburban revolutionaries start a third one.”