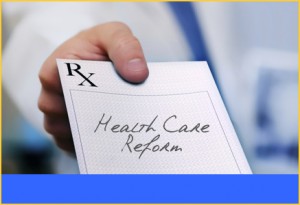 Health care was on my mind this weekend, mostly because a nasty little stomach virus hit my family hard. My son got it first on Friday, followed by my wife late Saturday night, and then finally me on Sunday night, just in time for a long work-week.

Nothing like starting a new workweek flat on your back, thanks to the flu.

I have written this before, but the flu bug can be a dangerous little thing, just like the thought of revolution. First Tunisia, then Algeria, and then Egypt. Next, Jordan? We will see.

The Obama Administration should be concerned about what is happening in the Middle East.

They should also be concerned with what is happening with their health care law.

A second Federal Judge said that their individual mandate is unconstitutional. That is the beginnings of a trend. Does anyone seriously believe that the Roberts Court is going to overturn the ruling of two lower courts to do the Obama White House any favors?

If the individual mandate is not unconstitutional, it ought to be, and frankly, I don’t care if it was originally a Republican idea. Mandating that people buy a product from the private marketplace seems wrong to me (and to a lot of other people).

As Judge Vinson wrote in his ruling about the dubious nature of the individual mandate: "Congress could require that everyone above a certain income threshold buy a General Motors automobile—now partially government-owned—because those who do not buy GM cars (or those who buy foreign cars) are adversely impacting commerce and a taxpayer-subsidized business."

If there isn’t going to be an individual mandate, the entire Obama health car law is worthless. Without the mandate, insurance rates will skyrocket. Of course, with the mandate, rates were skyrocketing any way.

It seems that the Congress and the White House has a choice of two paths should Obamacare be thrown out. It could continue to expand the size and scope of Medicare, making it, in a sense, universal. That would achieve the liberal goal of government run health care for the country, but it would put us into bankruptcy.

Or it can choose to use market forces to give consumers more choices at less cost.

It can do that by stopping lawsuit abuse, by ending the state monopolies of health insurance companies, allow small businesses to band together to negotiate better prices, and otherwise allow competition to take hold of the marketplace that has been skewed dramatically by government intervention.

It seems likely that the Supreme Court will strike down the individual mandate. Where do we go from there?