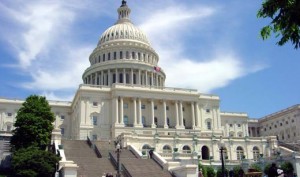 The media breathlessly sensationalizes the tax and spending bills that are poised for final completion in the last days of the lame duck session, but the fact of the matter is that both bills are nothing more than the status quo.

Sure, we had a big election and sure, the Republicans won big in the House, but it is awfully hard to expect that Congress would somehow turn on a dime to make dramatic changes to work that was already mostly completed.

The media is hammering Republican Senators for earmark requests that they made last February, when requesting earmarks was still a normal part of the process. They are attacking Thad Cochran for doing what he is supposed to be doing, helping his state get federal funds to continue its recovery from Hurricane Katrina. I don’t think those attacks are very fair, but fairness is not part of the official Washington manual these days.

It is unsurprising that Dan Inouye, the Chairman of the Appropriations Committee, would want to finish his work this year. He has been thwarted every step of the way by a Democratic Leadership that cared little about completing the essential work of Congress.

The provisions in the tax compromise that are being attacked are not new start-ups for the most part. There is absolutely nothing new in the ethanol provisions, so it is hard for the critics to make the case that is somehow a tax earmark. It is current law, and extending it, like extending the rest of the tax cuts, is what happens in a lame duck session of Congress.

I was listening to Joe Scarborough this morning complain about both the tax and spending bills. What was most surprising about Morning Joe was his complaint that the Republicans aren’t offering to pay for the tax cuts. Of course they weren’t. They think that the tax cuts will pay for themselves through economic growth. That has been a central component of Republican orthodoxy since the Jack Kemp days.

These aren’t new tax cuts, of course, so it is hard to make the case that somehow they will spur economic growth. Instead, these provisions are preventing tax increases, and what the economy needs the least right now is to be smacked by new tax hikes.

This is a status quo budget in the wake of an anti-status quo election. It might seem jarring to the naked eye, but what the Democrats are doing right now shouldn’t be over-analyzed as some sort of new spending spree. It is the same old spending spree. Republicans, once they get control of the House, will have their work cut out for them as they try to shatter that status quo. But until they take over the gavels of the various committees that do the taxing and spending, they really don’t have much influence in changing the direction of the country.