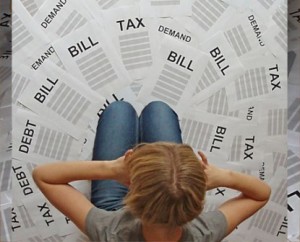 And every year, the collective reaction of most Americans is shock.

And every year, all hell breaks loose when it snows.

But this shouldn’t surprise anybody.  It snows in December.  It gets cold in December.  That is what December is supposed to be about.

Snow in December is like bankruptcy when you can’t pay your bills.

When you spend too much money and you don’t have enough money to pay your bills, you go bankrupt.   This shouldn’t surprise anybody.  That is what happens.

The American people seem surprised, especially at the local level, that their states and cities are going bankrupt.  Well, they have gotten themselves in a box.  They have kept spending on auto-pilot, mostly through the costs of health care and pensions, and they haven’t figured out a way to keep taxes rising on auto-pilot.

People are happy to continue to get more benefits but they don’t want to get more taxes.  California, Illinois, and Florida are just a few of our more illustrious states that are set to go bankrupt because they can’t bring in as much money as they spend.

Snow is December is a pretty regular occurrence.  And getting in trouble if you can’t pay your bills is just plain common-sense.