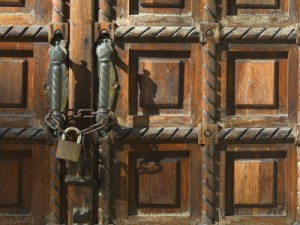 During the Eddie Murphy years, Saturday Night Live had an iconic skit that can best be called “Who Shot Buckwheat.” In a spoof of the media culture that glorifies murderers and assassins, it examined why John David Stutts shot Buckwheat.

The question was put to an acquaintance of Stutts if he could believe that Stutts shot Buckwheat. The friend said, “oh yes, that is all he ever talked about. He told me once that ‘I am going to grow up and shoot Buckwheat’. And he did.”

And when the government shut down in a budget dispute in 1995 stretching into 1996, they were blamed for it. Even though Bill Clinton actually vetoed a Continuing Resolution to keep the government open, it was Newt Gingrich who got the blame.

A story in The Hill yesterday warned about how the chances for a shutdown are looming larger. But it wasn’t Republicans who were promising a shutdown. It was the Democrats.

There are a lot of Democrats who were around in the mid-nineties who are still around today who are hoping upon hope that Republicans will once again get blamed for shutting the government down. They believe that this is their best chance to regain the upper hand in budget negotiations.

But John Boehner is no Newt Gingrich and Eric Cantor is no Tom DeLay. These guys are savvy enough to not get pinned for the blame should a CR not get to the President’s desk.

The big question remains: Do we have a fiscal crisis or don’t we? Are we going broke, both long-term and short-term, or aren’t we? The President seems to think that we can continue to bump along with the status quo, and nothing bad will happen.

All evidence points otherwise. Moody’s has already said that they are going to downgrade our debt by 2015 if we don’t make some spending adjustments. That means that it will be more expensive to borrow money, meaning that we will have less money to pay for defense and for national security.

The Democrats are hoping that the government shuts down so that they can blame Republicans and in the process, keep a status quo budget.

I don’t think that will work this time. I think the voters will give the Republicans the credit for trying to restore fiscal sanity to Washington and they will blame the President for not leading and for not keeping the government open.