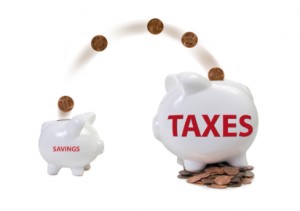 In the context of the debt limit, Democrats have been pushing for tax increases because they want to punish the rich. They believe that because the so-called rich pay only 80 percent of the tax burden that they should be forced to pay more.

In their view, the only way to really inflict shared sacrifice is through the tax code.

The problem with that assumption is that it isn’t true. There are plenty of ways to include rich people in the shared sacrifice without raising taxes one dime.

And in fact, Republicans have already made proposals that would make the rich bear more of the burden.

By calling for the means testing of both Social Security and Medicare, Republicans have taken the lead in calling for shared sacrifice. Of course, when it comes to spending, there is more that could happen.

But getting rid of entitlements for rich people can save some real money. Why should a senior who is sitting on millions of dollars in the bank continue to get a Social Security check every month? Why does Warren Buffett still qualify for Medicare?

Why do these big Hollywood stars and Washington pundits get mohair subsidies or milk payments or ethanol subsidies?

There is plenty we can do on the spending side to make things more equitable, and many of those ideas were put on the table by Republicans.

Democrats don’t want to talk about these ideas because they want to force Republicans to raise taxes. The Democrats think they can win politically if John Boehner buckles on taxes. So, they make all of these outlandish statements about tax cuts for the rich, ignoring the fact that Republicans have been pushing hard to cut government spending for the rich.