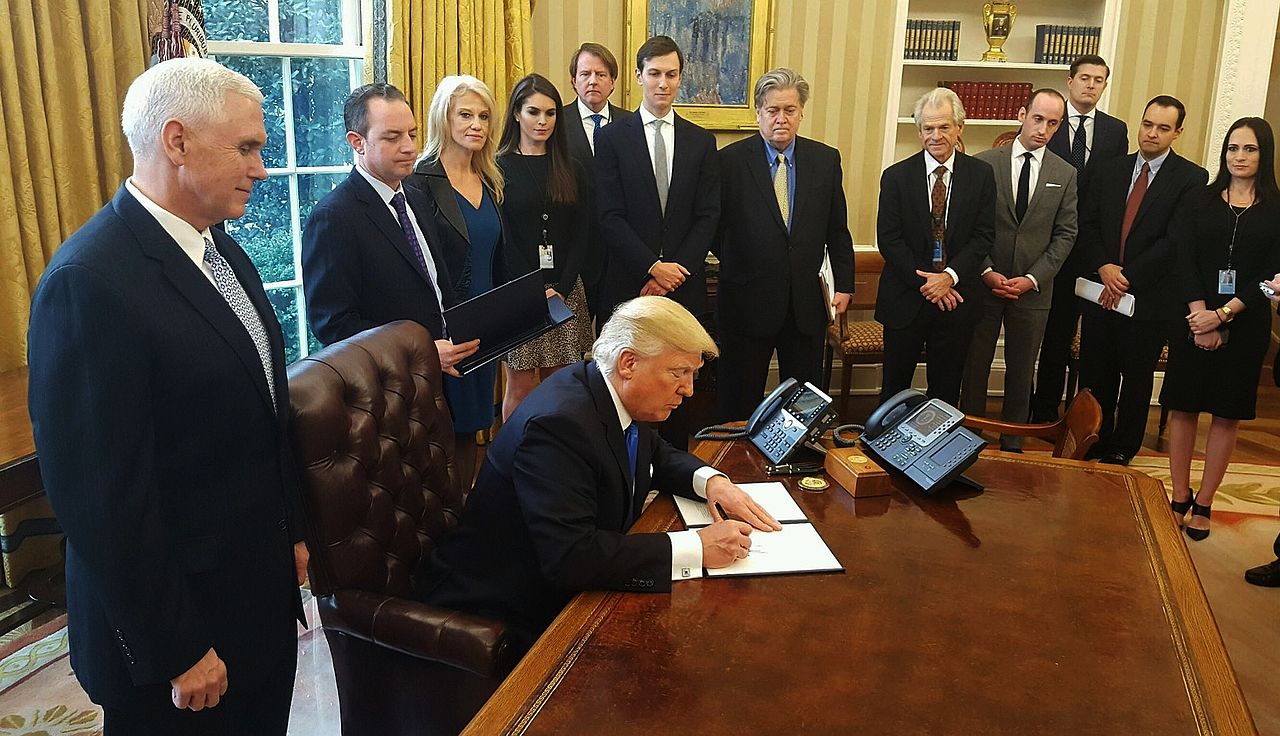 By Office of the President of the United States [Public domain], via Wikimedia Commons

It’s entirely predictable.  A new President comes in.  The press attacks.  The opposition forms.  The hands wring.  Panic sets in.  Somebody or sometimes, a whole bunch of somebodies gets fired.

And eventually, a correction comes.

We are still waiting for the correction to come from the new Trump Administration.

It’s hard to say if this start is the worst in history.  It might be par for the course.  We won’t know until we see how it all shakes out.  It seems like it has been a hundred days or a hundred years, but it has only been one month.

Here are seven things I would do if I were in President Trump’s shoes.