Science Matters to All of Us 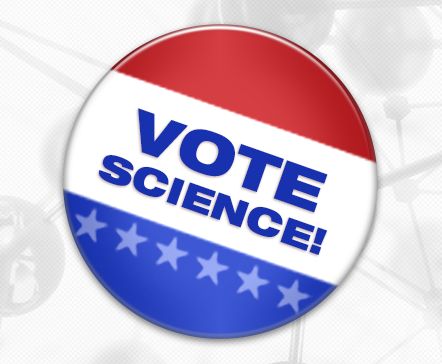 It’s always slightly intimidating to be amidst a group of really smart scientists.

That was especially true when the scientists just came from the White House where they were honored by the President of the United States for their work.

The reason these scientists were in town was because they are recipients of the PECASE, which stands for the Presidential Early Career Award for Scientists and Engineers.  This is the highest honor bestowed by the United States government on outstanding scientists in the early stages of their independent research careers.

In America, we have all kinds of speculation about who is going to win the Heisman Trophy, and ESPN spends three days covering the NFL draft.

But the best thing to come out of college campuses is the work of these scientists, and we can credit the Science Coalition and the National Press Club for drawing attention to their work.

In 1996, the National Institutes for Science and Technology Council was tasked by President Clinton to create an award that would honor young scientists and ever since that time, different government agencies recognize about 100 such smart people.

Eleven of the brightest minds came to the National Press Club directly from the White House, where they talked about their research and about the challenges facing them.

These researchers have to juggle all kind of responsibilities, including finding funding, teaching classes, working with government agencies and filling out endless forms that go with both the government bureaucracy and the money that comes with it.

One of the scientists estimated that up to 30 percent of his time is spent just dealing with paperwork.  Accountability is important but when a smart scientist has to spend a third of his or her time dealing with bureaucracy, you can only imagine how that delays scientific breakthroughs.

These folks are probing basic research from which other applications can be drawn.

Funding remains a problem.  The private sector doesn’t have the time, the money or the inclination to pay for this kind of research, given that their horizon tends to be dictated by the next earning report.

And the government is not the best of partners, although often it’s the only one.

Sequestration left a lasting mark on the American scientific community, and that cut in funding and worse, the uncertainty that came from it, set back research for years.

These engineers and scientists probe such things understanding Arctic clouds, aerosols and precipitation and their contributions to the Earth’s surface or research using tiny, biodegradable particles to teach the immune system to recognize and eliminate cancer cells or working on mitochondria, tiny cell structures integral to metabolism.

These researchers are making the kinds of discoveries that will cure Parkinsons Disease or find out the ramifications of global warming or how to make machines more energy efficient or make materials more heat resistant.

The fact is that we really don’t know what we don’t know when it comes to science.  There is a whole wide universe out there and these scientists are only scratching the surface of discovery.

There is a temptation to make these scientists call their shots, find a problem and then go fix it.

But that’s not exactly how science works, especially in the most basic level.

It was great hanging out with these great minds yesterday and we should all give greater deference to the scientific process and give these discoverers the time and the resources they need to keep moving this nation forward.

The PECASE winners remind us all that science matters.