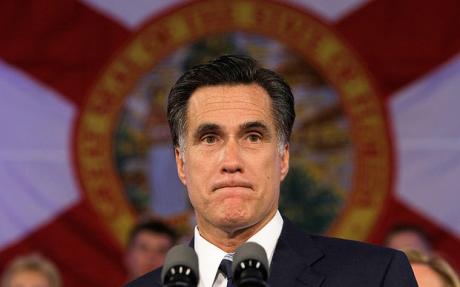 I guess the first question I have about Mitt Romney’s health care plan is: has it worked?

Mr. Romney defended Mass-Care yesterday in an attempt to confront conservative critics, who blame the Romney plan for helping to usher in Obama Care.

Romney’s major defense seems to be over scope.

“Our plan was a state solution to a state problem and his was a power grab by the federal government to put in place a one-size-fits-all plan across the nation.”

The problem for Mr. Romney is the scope of the plan seems to be the only difference. And that is a difference without a distinction to most observers.

For Romney to aggressively proclaim that his law was good while Obama’s law was bad when they essentially do the same things, well, that doesn’t meet the laugh test.

It is the individual mandate that really makes the blood boil of free-market conservatives. The idea that the government can make you purchase health care seems to many, a step too far, even though it might be the only practical way to deal with rising health care insurance costs.

Those who don’t buy insurance don’t buy it for a variety of reasons. Some can’t afford even a simple policy. Others can’t get it because they have pre-existing conditions. Still others don’t think they need it. Others would rather just pay the costs out of their pockets.

The rub comes, though, when some of these folks choose unwisely, and the rest of us have to pay the bills. Being a free-rider sounds like fun, but it is unfair to all those who play by the rules.

The Romney-care plan tried to get at that by using the government to force folks into a health insurance system. And that part of the plan has worked in Massachusetts. The uninsured percentage has dropped from 6% to 2% of the population.

But other parts of the Mass-Care system have not worked.

Bloomberg Business Week reported that it now takes longer to see a doctor in the Bay State: “The telephone survey of 838 doctors conducted in February and March found that 51 percent of internists are not accepting new patients, up from 49 percent the previous year. Fifty-three percent of family physicians, the other major group of primary care doctors, were also not taking new patients. Even for patients fortunate enough to have a primary care doctor, waits for appointments continued to be lengthy. The average wait for an appointment with an internist was 48 days, which was five days shorter than last year, but the average wait for family medicine was 36 days, a week longer than in the 2010 survey.”

Another problem afflicting Mass-Care is that doctors don’t want to be part of it. According to the Wall Street Journal: “Another notable finding in the Medical Society survey is the provider flight from government health care. Merely 43% of internists and 56% of family physicians accept Commonwealth Care, the heavily subsidized middle-class insurance program. The same respective figures are 53% and 62% for price-controlled Medicaid. Government health insurance may be great, but not if it can't buy actual health care.”

Are these doctors being irresponsible? Are they being greedy? Or are they making rational decisions about a marketplace that is being distorted by government mandates? My guess is it’s the latter.

Mr. Romney deserves some credit for working hard to find a solution on health care. He deserves credit for providing us a laboratory experiment about what works and what doesn’t work when it comes to government health care.

We know now, from observing what has happened in Massachusetts, that Obama-care will not work on the federal level. If it ain’t working in the Bay State, it won’t work nationally.

Mr. Romney would have been better off saying that he has learned from his mistakes, that he is proud that he tried to find a solution to the perplexing problems that afflict our health care delivery system, and that he is now the wiser.

He was smart to say that he would repeal the Obama program, but he should have also said that if he had the chance, he would also repeal the Mass-care program upon which Obama-care is based.

Nobody is perfect, especially in this Republican primary. Mr. Romney has learned a valuable lesson about the perils of too much government interference in the health care market place. If he gets the nomination, let’s hope he puts that lesson to good use.