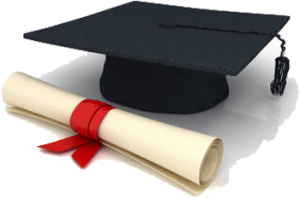 As we were driving back from the airport, my 5-year old son Jack asked me, “Daddy, what’s the debt limit?”

We had just flown in from Chicago. I had dropped off my son at grandma’s house, and drove up to Milwaukee for my 25 year college reunion.

In the hotel coffee shop Sunday morning, the topic of conversation between two 50-year reunion participants was whether they had a deal on the debt limit or not.

They weren’t asking me. They were talking (loudly) among themselves. Their mood was more than a bit grim and frustrated.

At the reunion, my old classmates mostly traded old war stories and tried to remember who did what crazy thing when. It is amazing we all survived our college years (well, most of us survived at least).

When I first arrived on campus close to 30 years ago, Ronald Reagan was in his first term and the economy wasn’t doing very well. Reagan had an abiding sense of optimism and a hatred of communism, neither of which played particularly well with many of my college professors.

But a few of us didn’t share our professor’s dislike of Reagan and did our best to subversively promote a pro-Republican message. One of my buddies actually found a way to become the Editor of the newspaper, and turned that place around editorially. He was probably the only true conservative at a college-sanctioned newspaper. He printed some of my letters to the editor, which would poke fun at the liberals who were protesting against Reagan on a fairly consistent basis.

That friend of mine, Bill Speros, didn’t make it to reunion (he was stuck in Florida), which is too bad, but plenty of other folks did make it, and several expressed their displeasure with what was happening in Washington.

One cardiologist friend of mine is extremely unhappy with uncertainty that has followed Obamacare and other Washington action on health care. To him, Obamacare is bad enough. What is worse is what will happen when Congress cuts payments to providers. He can’t plan his business in the future because he doesn’t know how much this will all cost him. Hard to invest in new equipment when you are not sure if you can pay for it.

Another friend of mine works in the telecommunications field. She was despondent over the Washington shenanigans. She doesn’t know what jobs will be out there for her four kids and she isn’t sure if spending hundreds of thousands of dollars on college education is worth it. To say she has lost faith in Washington would be an understatement.

Another fried, a staunch Republican who was a huge supporter of Ronald Reagan, had no great love of the Tea Party. He felt they were too radical and not willing to compromise.

Over all, the mood of the revelers was pretty good about where they were in their lives. Nothing like some of Milwaukee’s finest beer to make you feel good about yourself.

But that is not to say that they loved what we were doing in Washington. They didn’t. They are paying attention, though, paying close attention.

I didn’t have much of a good answer for my son on his question about the debt limit. I said something about our country reaching the limit of our credit card.

I didn’t want to break it to him that we (adults) were sticking him (and his classmates) with a lot of debt. He has plenty of time to learn that lesson. Maybe after he gets out of college.