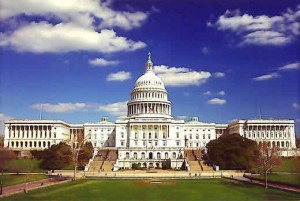 When Denny Hastert started as Speaker of the House, he promised, after four tumultuous years of Newt Gingrich, to bring regular order back to the lower chamber.

To Hastert, regular order meant that the House would do its business in the right order. First, it would do a budget. Then it would work on its 13 Appropriations bills and if there were reconciliation instructions, that too would come after the budget was completed.

For Hastert, regular order was all about sticking to the budget process.

House Minority Leader John Boehner yesterday gave a speech in which he promised a different kind of regular order.

He promised to fight to change the balance of power in the House from the prejudice towards spending more money to a prejudice towards cutting spending. He proposed that the Appropriations process be fundamentally transformed so that each agency would be voted up or down, and not bundled into divergent, omnibus spending bills. He said that members should be given three days to thoroughly vet all of the bills that come to the floor. And he promised an open process, where the leadership would play a less intrusive role in setting the agenda.

Boehner proposes these reforms because he believes that the only way regular order can be preserved is if the House fundamentally changes how it has done business for the last three decade.

I agree with him. I have long been a proponent of open rules, even when I worked for Speaker Hastert. It has long been the habit of the leadership to try to impose its will on the members, instead of letting the House work its will.

I think this has happened for a few reasons. First, C-span has made the House more of a theatrical show than a legislative body. Second, the ideological gulf between the parties has widened, and made it harder for the body to reach consensus. Third, the permanent campaign has made both sides eager to make each vote a potential 30-second campaign ad. Instead of legislating to make good laws, the politicians make good amendments to make good campaign ads.

Boehner promises to change all that by opening up the process: “So instead of clamping down even further, it's my view that we should open things up and let the battle of ideas help break down the scar tissue between the two parties. Yes, we will still have disagreements. But let's have them out in the open. Yes, we will still try to outmaneuver each other. But let's make it a fair fight. Instead of selling our Members short, let's give them a chance to do their jobs. Let's let legislators legislate again.”

Boehner, as a former Committee Chairman, also wants to give more power to the Committees. They are the experts in his mind, and they should produce a product at the committee level that they can defend: “Much of this is up to committee chairmen and ranking members themselves. If every chairman and ranking member started with the mindset that their committee's bill could be the one that comes to the floor, better legislation would result. Chairmen shouldn't be content to churn out flawed bills and then rely on their leadership to bail them out. Chairmen should operate with the assumption that their bills are going to be on the floor, and assume that once their bills are on the floor, they'll be subject to an open rule.”

All of these ideas are good, especially when you consider the disaster that has befallen the House the last two years. The process has completely broken down. Democrats didn’t even bother to do a budget. They didn’t bother to finish any appropriations bills. They couldn’t even produce a bill to deal with the expiring tax provisions.

Reforming the House to restore regular order is a good thing. And it is a necessary thing. Boehner has acknowledged that Republicans made some of the same mistakes as the Democrats. That may be true, but the Democrats have taken dysfunction to a whole new level.

The American people have ample reason to be upset with the Congress these days. They aren’t doing their work. Boehner has a plan to fix it, and that is an important step forward.