Democrats Should Retire the Race Card on Donald Trump 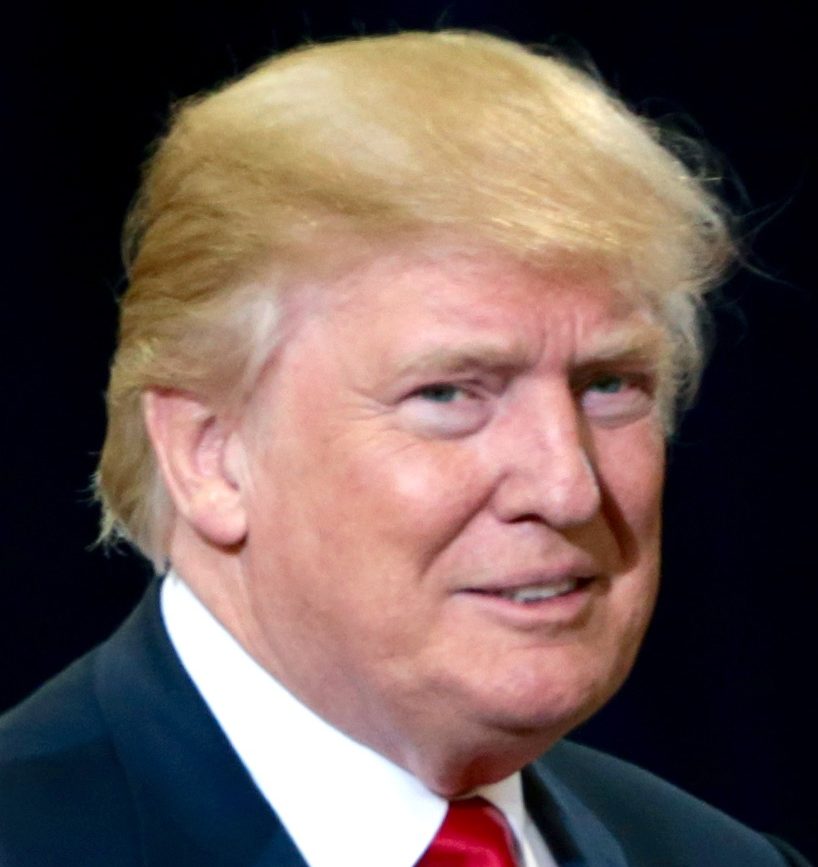 Race-baiting has a long and inglorious history in American politics.

Two prominent members of the Bush family, George H.W. and George W., race-baited their respective ways to the White House.

H.W. deployed the famous Willie Horton ad to propel himself over his opponent in 1988.

W.’s campaign implied that John McCain had a black daughter in the brutal primary campaign in South Carolina.   He won the Palmetto State and never looked back.

Neither of these two Bushes could bring themselves to vote for Donald Trump.

Ironically, in this past election, it was Trump who was victimized by the race-baiters.

It used to be the Republican Party that used the race card to win elections.  These days, it’s the first and, at times, the only strategy that the Democrats have in their quiver.

And, sadly, for them, it didn’t work.

There are were several ways to go after Donald Trump.

They could have had a debate over which side had the best ideas to move the country forward.

They could have hit Trump over his lack of experience.

They could have made the case for their candidate: her experience, her ideas and her vision for the future.

Instead, they settled on the idea of calling Trump a racist, a misogynist, a homophobe and an anti-Semite.

They did this because they are a coalition party, made up of blacks, Hispanics, gays, women and Jewish voters.

The worse the polls looked for them, the more they attacked Donald Trump, based not on his ideas, but on his supposed prejudices.

Some of the attacks were senseless.

Trump’s daughter is Jewish, as is his campaign’s top strategist (and son-in-law).  Jewish voters didn’t buy the attacks and Trump got more votes from that bloc of voters than either McCain or Mitt Romney.

Trump is probably the most-gay friendly presidential candidate in Republican history.  He not only has been a proponent of gay marriage, one of his top backers was Peter Thiel, a prominent gay entrepreneur.

Trump is a New York businessman and he has long had business relationships with prominent African Americans.  Even Al Sharpton admits that Trump is not a racist.  During the campaign, he promised a new contract with African Americans to help revitalize their most distressed communities.

Illegal immigration has put considerable stress on local communities, driving up health care costs and stretching education resources.  While crime from illegal immigrants is not extensively higher than crime committed by citizens, it tends to create more anger among citizens. And there is a problem with the influx of criminal gangs from El Salvador and other central American countries.

Because Trump offered to solve the problem of illegal immigration, he was branded a racist by the Democratic Party.  And yet, the president-elect got more votes from Hispanic voters than Mr. Romney.

The election results showed the weakness in the Democratic strategy.

The voters either didn’t believe or didn’t care that Donald Trump was a racist.

Now the Democrats are turning their attention to Steve Bannon.

I have some problems with Mr. Bannon and his attacks on Paul Ryan.

And I have some issues with Breitbart News and some of the things that they have posted on their website.

But like with Trump, the evidence that Mr. Bannon is a racist is pretty slim.

Just because the Democrats keep calling him one doesn’t mean that he is one.

And I would be careful in trying to drive him out of the White House.  Indeed, he could do more to help Trump achieve a bipartisan agenda, including building more infrastructure, rebuilding the inner cities and getting comprehensive immigration reform finally done by being inside the tent than outside.

The Democrats are going through some soul searching as they try to figure out what happened to them in this election.

They cling to the hope that this result was an anomaly, that somehow the Trump phenomenon is a passing fancy, and that, because Hillary got a million more votes than her opponent, this whole thing is more of problem with a rigged system than with any fundamental problems with their overall strategy of playing the race card.

But other voices in the party recognize that they can’t win without the white working class.

One piece of advice to those voices in the Democratic Party.  You won’t win them over by calling everybody a racist.  The race card has been overplayed by Republicans and by Democrats and it is time for it to be retired from play, permanently.