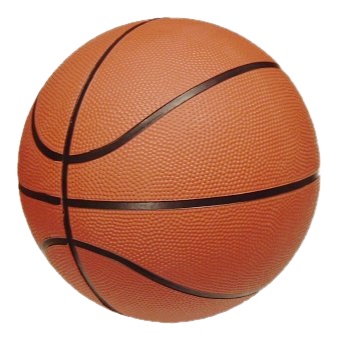 Donald Trump the pump faker is also published in The Hill.

In basketball, a pump fake is when an offensive player shows enough of the ball to get the defender off stride so he (or she) can either drive to basket or get fouled in the act of shooting the ball.

Some of the best pump fakers of all time include Michael Jordan and Dwayne Wade.

When I was playing basketball, my coach told us to never watch the ball when guarding an opponent. “Watch his mid-section, because that’s where he is likely to go next.”

Donald Trump is the Michael Jordan of political pump fakers.

Instead of the ball, though, Trump pump fakes with his mouth.

He did this exceptionally well during the campaign. He would say things to rile up his base or, more importantly for him, distract the media from stories that he thought were unhelpful to his cause.

For example, when things were getting out of control for his campaign on sex abuse allegations after the Billy Bush tape was initially revealed, Trump commented that he might not accept the results of the election if he found it to be rigged.

He later commented that would agree to accept the results if he won.

The sex stories faded into the background as the mainstream media huffed and puffed about how Trump was undermining democracy.

How ironic is it that he did win and it is now Hillary Clinton and her close ideological companion Jill Stein who are now demanding a recount?

Trump has effectively used social media to change the media narrative at will. Sometimes it has worked and sometimes it hasn’t, but it has always kept his opponents off balance and kept the world in a state of suspended animation.

Trump will be our most unpredictable president. In his book “The Art of the Deal,” he tells us that he likes to maximize his options, to keep a lot of balls in the air, because you never know what deal is going to work and which one is going to fall flat.

For most Washington politicians, this is a heresy.

The political class does not like to be surprised.

They like to stick to their ideological guns, repeat well-worn talking points and fight the same fights year after year.

Being predictable is the safest of spaces for most entrenched politicians. They know who their voters are, they know how things play at home and frankly, they don’t have get out and work hard at coming up with creative solutions.

As a result, the two political parties have become settled into ideological trench warfare, reminiscent of the Great War. Unfortunately, no man’s land is the place where most deals have to be cut to move the country forward.

In walks Donald Trump, a man who has never played the Washington game.

With all of Mr. Trump’s pump fakes, we don’t know precisely where he stands on policy and where he was just trying to change the subject.

We know he is a businessman at heart who respects the private sector and probably has a dim view of over-arching government intrusion into the marketplace.

We know that when it comes to his personal life, he has expressed very little interest in the concerns of traditional social conservatives. He is our most gay-friendly Republican president. Before the campaign, he said little about hot topics like abortion.