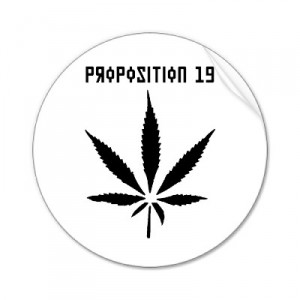 It was William Randolph Hearst and Andrew Mellon who first pushed Congress to enact a law to ban pot. Well, actually, they wanted to ban hemp, which they felt could be a threat to their personal fortunes. Hearst had massive timber holdings, and he thought hemp could compete effectively as a better kind of newsprint. He didn’t want the competition and neither did Mellon, who was invested up to his eyeballs in DuPont Corporation, wanted to protect its new product, nylon.

Pot use stretches back to prehistoric times. There is ample evidence that the Assyrians got stoned well after the Stone Age but long before the Greeks came around, that early Hindus (where the term ganja comes from) used it in religious ceremonies, that it was part of the mysticism of the Jewish and Christian faiths, and that various Sufi orders toked to commune with God.

In the early 20th century, progressives decided that “Reefer madness” had to stop. D.C. passed the first law to ban its use. This was the same era that gave us the 16th amendment (the income tax), the 17th amendment (allowing the direct election of Senators) and the hated (at least by me) 18th Amendment, which allowed the government to ban drinking.

FDR gleefully signed a law to repeal the Volstead Act in 1933, but just as happily signed the Marihuana Tax Act in 1937. FDR was a drinker, not a toker (of reefer, at least). The goal of the MTA was to make using marijuana such a pain the ass (you had to fill out all kinds of forms and pay all kinds of taxes in order to get high), that people would just drink instead.

The OSS, the predecessor to the CIA, used pot as a sort of truth serum during the Second World War to interrogate prisoners. It is unclear if those prisoners would get the munchies if they spilled the beans.

Over the years, efforts to clamp down on drug use has come and gone.

Smoking pot was the least that the Hippies did during the 60’s and 70’s. LSD, also used by the OSS and CIA, was far more hip, as Timothy Leary told his students to "Turn on, Tune in, Drop out.”

Richard Nixon, who was busy expanding the size of government, expanding the war in Vietnam and getting his minions to break into the Watergate hotel, responded by declaring a war on drugs. It is unclear if he did this as a way to punish those who opposed him, mainly the potheads who were protesting the war in Asia on the National Mall, or because he was genuinely concerned about the health of America’s youth. But you can make a good case that if so many Democrats weren’t so stoned all the time in 1972, there was no way they would have nominated George McGovern as their nominee.

Nixon’s War on Drugs became Nancy Reagan’s “Just Say No” campaign. And there is evidence that drug use declined during that time frame. Not to say that it declined at my school or in the national consciousness. It was well known around Homewood-Flossmoor High School that more than a few of my classmates would smoke some doobies at the high school bio pond. They got their inspiration from Jeff Spicoli, of “Fast Times at Ridgemont High” fame, who said in that iconic movie, “All I need are some tasty waves, a cool buzz, and I'm fine.”

Bill Clinton admitted that he smoked pot, but then modified it by saying “he didn’t inhale.” George Bush would never admit to anything, but the rumors of his drug use never went away.

Our current President, Mr. Obama, took the Chris Matthews route, and hung a lantern on his problems. He actually told everybody in his autobiography that not only did he smoke pot, but that he also snorted cocaine. Didn’t seem to be much of a campaign issue, though, and he won pretty handily.

This little history brings us to the current situation. Californians are getting ready to vote to legalize marijuana. They are basically telling the Federal government to stick their anti-pot laws where the sun doesn’t shine. The Feds, under the leadership of the former pot-smoker and cocaine snorter (by his own admission), doesn’t seem to care that much about enforcing the federal marijuana laws these days, so for the time being, that might be a good example of salutary neglect.

But that doesn’t mean that for the long-term, this kind of nullification is workable. Either the Feds have to enforce their laws or they have to change them.

Otherwise, you get a situation like we had in the Roaring Twenties. I am reading a fascinating book called “Last Call”, about the rise and fall of Prohibition. Daniel Okrent, the author, tells a chilling story about how a dedicated group of anti-drinkers, were able to bully the Congress into enacting a Constitutional amendment that took away a fundamental freedom away from the American people. That freedom, of course, is the freedom to have a couple pops at the end of a long day.

We all know what happened in the Roaring Twenties. People drank more booze than they did in the less-than-Roaring Tens. You take away something from some people, and they automatically want more of it. But the costs of Prohibition to the American people were tragically high. The loss of tax revenues devastated the Treasury. Unregulated booze and bathtub gin killed thousands who didn’t have a corner liquor store. Organized crime became more organized, bigger and more violent.

Just think of the things the politicians don’t want you to do today. You can’t drive without a seatbelt. You can’t play poker on the Internet. You can’t buy a decent donut in New York City, because of a transfat ban. You can’t buy a showerhead that gives you a strong stream of hot water. Pretty soon, you won’t be able to buy a decent light bulb. Ray LaHood wants to throw you in jail for changing your radio station when you drive your car.

This all started with Prohibition. Luckily for those of us who like a cold beer, the American people rebelled against the 18th Amendment and made Congress enact the 21st Amendment to repeal the dumbest legislative act in the history of mankind.

But you can make the case that Pot Prohibition is the same kind of thing. Has banning Pot helped stop kids from smoking pot? Not really. Has it helped stop organized crime? Not really. Have we been able to collect any taxes from its sale? No. Do we need those additional tax revenues now more than ever? You betcha. Should we devote fewer resources to putting people in jail for selling pot, especially in these times of fiscal need? I certainly think so.

Among political leaders, this is not a popular position. In California, everybody running for high public office (by everybody, I mean, everybody on both sides of the aisle), is opposed to Proposition 19. Even if, in their private lives, they have smoked some weed in their time (and I guarantee you that just about everybody running for High Public Office in California smoked some weed in their time), they are against the ballot measure. They don’t want to get the same forces that passed prohibition in the early part of the century (the women’s temperance groups, the Baptists and the Bootleggers) upset at them.

Jay Leno had a funny skit on last night about the lobbying campaign launched by the Beer Industry to stop Proposition 19. It showed scenes from the new movie Jackass 3 with the note that this is what will happen if we let young men smoke pot. Then Leno showed a counter-ad from the pot industry showing other scenes in the same movie, with the note that this is what already happens when young men drink beer.

The skit hit home because taking away freedom is no way to stop young men from doing stupid, really stupid things. That is what young men do anyway.

I don’t live in California, so I don’t necessarily have a position on Proposition 19. What I do think, though, is that our current war on drugs is a complete mess, and in many ways, a real challenge to freedom in this country.

I have never smoked pot in my life, but I find it hard to believe that if someone smokes pot, they automatically become some sort of criminal. The law needs to change. We shouldn’t criminalize unhealthy behavior. There is no evidence that pot smoking is any worse than drinking a six-pack of Bud and a pack of cigarettes. Or eating a Big Mac and a large order of French Fries.

I understand what the do-gooders are trying to do. But I would rather take their advice than be coerced by their laws.