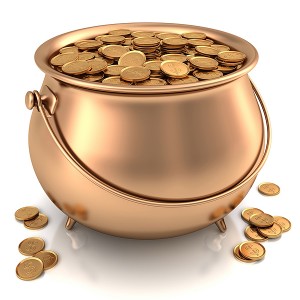 One of the most enduring myths in Ireland is of the leprechaun finding the pot of gold at the end of the rainbow.

In Washington and in State Capitols around the country, policy makers are vainly searching for rainbows in hopes that they might find that pot of gold to help them balance their budgets.

Inspired by the Tea Party, Republicans believe that they have found the perfect way to balance budgets, which is to dramatically cut spending.

In Congress, House Republicans started with discretionary spending, which only holds a relatively small pot of gold, but they have promised to go after entitlements spending, where the real money is.

They believe that the voters sent them to Washington to accomplish this mission, and in many cases, they are right.

But before they cut too deeply, the GOP might want to look at the experience of the Irish.

They just recently held an election there, where the party in power, Fianna Fail, dramatically slashed spending in response to a fiscal crisis that brought about a budget crisis for the Irish government.

The elections weren’t pretty for the incumbent party. They went from being a solid majority to being classified as a minor party in Ireland’s parliamentary system.

It is a cautionary tale, one that the Republicans should learn from.

Cutting spending is fine in the abstract. It is far more difficult in practice.

If the GOP tries to go too far, they might find that the voters will reward them with minority status. Many of these new members think that is just fine. They believe that if they can vote for all of these spending cuts, they don’t care what happens in the elections.

The problem with that analysis is that if the Republicans lose control of the Congress in the next election, you can bet your bottom dollar that spending will shoot up again, probably in an equally dramatic fashion.

Republicans better understand that a more balanced approach might lead to better long term results. A sustained, long term effort to slowly cut spending might be more effective than a slash and burn approach that could lead to the Democrats retaking the House.

These new members are now beginning to understand that there is no pot of gold at the end of the rainbow in either the federal or state governments.

Just a lot of hard choices and hard vote are ahead.

And that is no blarney!