The sexual harassment scandals are like a political forest fire 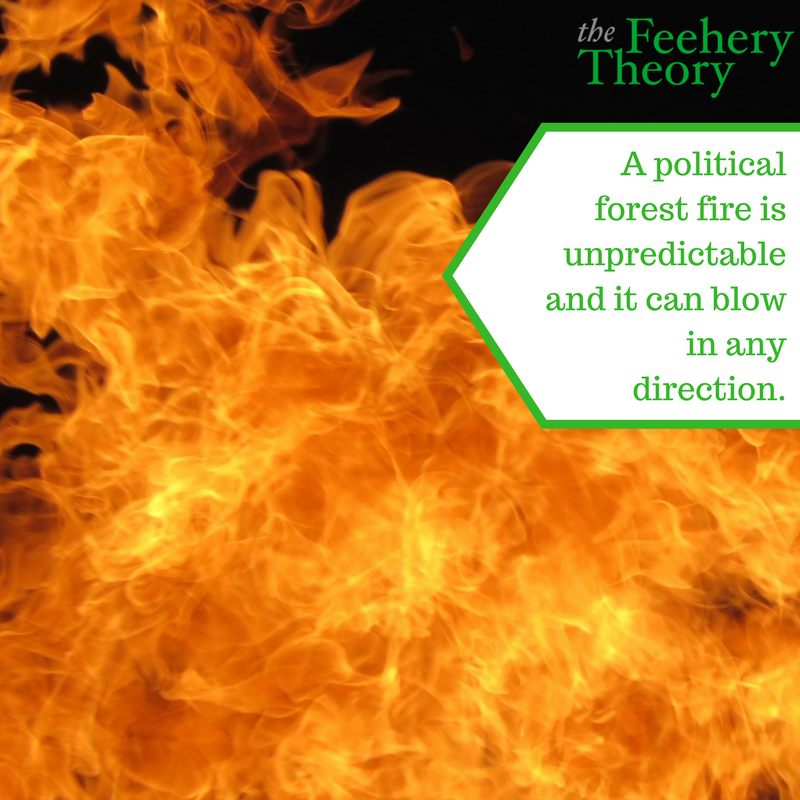 In 1992, the scandal that embroiled the House of Representatives was the House Bank.

Republicans, led by seven rambunctious freshmen, which included among its ranks the now former Speaker of the House John Boehner (R-Ohio), demanded that all incumbents who had used the venerable Congressional financial institution as their own personal piggy bank, be exposed to the daylight.

The minority whip, the fiery Newt Gingrich (R-Ga.), at first cheered on the merry band of miscreants, and then watched in horror as the ensuing firestorm engulfed the reelection campaigns of his closest ally, Vin Weber (Minn.) and several other members of the Republican leadership, including the very talented Mickey Edwards (Okla.).

Newt himself only barely survived his own primary campaign, by a mere 980 votes.

As the wreckage spread, the House would never be the same again. A whole class of incumbents in both parties were shown the door by an angry voting public.

But one thing didn’t change. The House remained in Democratic hands in the November elections. It would take two years of a failing Clinton administration to usher in the coup de grâce to the Democrat majority in 1994.

Many of those who lost their reelection bids in stunning election of 1992 were completely blindsided by the House Bank scandal. They had been banking for years with the Sergeant at Arms and never received any notices that their accounts had been overdrawn. It was a cozy relationship, sure, but membership has its privileges. And when the scandal blew through, members had no idea if they were on the list of the accused or if they were going to skate through, unharmed.

The sexual harassment scandals have a whiff of the House Bank to them.

It will claim victims on both sides of the aisle.

Many members won’t even realize that what they have been doing is wrong and punishable by political death until it is too late. Some will retire rather than face the brunt of the voters (and their spouses). Some will insist that they aren’t guilty and blame their accusers.

But many members who have been engaging in this type of wrongful behavior for years will be swept away by the next election. It will be a generational thing. The culture that produced the notorious Charlie Wilson (D-Texas) (and was popularized in a best-selling book a couple years ago) isn’t kosher in this day and age. Times change and sometimes they change swiftly. That’s just the way it goes.

Any political party seeking advantage ought to be awfully careful.

As we learned during the House Bank scandal, a political forest fire is unpredictable and it can blow in any direction.

It would behoove the leaders of both parties to work together to contain the damage to the institution. Come up with a bipartisan process that brings transparency to the proceedings but also preserves the prerogatives of the institution. Protect those who have been harassed, but, at the same time, protect the reputations of those who are unfairly accused.

The House Bank scandal destroyed the careers of many politicians who thought they were innocent but were proven guilty in the court of public opinion. The same is likely to happen with this latest political forest fire.

(Also on The Hill)