Paul Ryan And The Catholic Vote 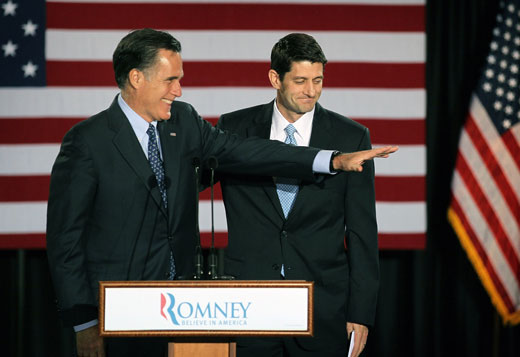 By picking Paul Ryan as his running mate, Mitt Romney made a bold, if risky, choice.  Ryan is no shrinking violet when it comes to big ideas, and his selection marks an interesting historical moment for Catholic voters.

Biden is an old-school liberal.  He is a ward-healer, not an idea guy.  He is pro-abortion (or pro-choice as he like to say), because that is how you rise in Democratic politics.  He supports Obama over the Church when it comes to religious liberty.   He prodded Obama into supporting gay marriage.

Biden likes to talk the talk of working class Irish Catholics, but he doesn’t really walk the walk.  He is a Nancy Pelosi Catholic, somebody who goes out of his way to offend the Church hierarchy at almost every turn.

Biden would say that he represents the social welfare mission of the Church better than Ryan, that his belief in government spending is a better manifestation of how the Church helps poor people.

Ryan is a Midwestern Catholic.  He is pro-life and has been throughout his political life.  Ryan’s opposes the Obama Administration on the conscience clause debate.  Although he hasn’t said much about it, I assume he is opposed to gay marriage.

Paul got into a heated debate with some Catholic nuns about government spending and the Church’s social welfare mission.  These nuns did a bus tour earlier this year, protesting the Ryan budget cuts to welfare spending.

To his credit, Ryan didn’t shy away from the debate and I think many Catholic voters agree with him that huge federal bureaucracies that waste money do little to help the poor.  And I think there are plenty of Catholic voters who agree that requiring more personal responsibility, such as imposing work requirements on welfare recipients, is a better way to go.

The Catholic Bishops, while they didn’t love the Ryan budget, are much more likely to be happy with the Ryan selection than Catholic nuns, who tend to be much more liberal on most social and fiscal issues.

But for Catholic voters who have some real doubts about Mormonism (and there are more than a few that fall into that camp), this selection of Paul Ryan is a welcome development.   He will be the first Republican Catholic Vice President should he ascend to that office, and for Catholic voters, that should be a good thing.