One More Theory on Education 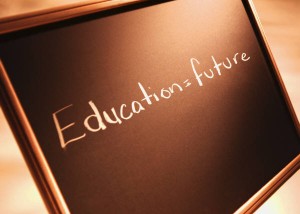 The President has been talking education this week, and while it might be off the point for voters this election, it is on the point long-term for the country.

Not all American schools are failing.  We have plenty of very good schools that graduate top-notch students who can compete with the finest students in the world.

But a significant number are not very good, and they drag down the average of the good ones.

I write about education periodically on The Feehery Theory because I think it is an important issue for our country in the long run.  I am not exactly a policy expert, but I have been through my fair share of policy debates in my time in Congress, so I feel I have earned the right to at least share my theories, which may or may be legitimate.  You decide.

There is a story today in the Washington Post about how Democrats are going to try to attack Republicans, especially Tea Party Republicans on the education issue.  Some Tea Party candidates have been advocating the elimination of the Department of Education as part of their effort to make the government smaller.

They believe that because the federal government has only a limited role in the education field, that taxpayer money would be better spent shutting down a worthless bureaucracy and returning money to the taxpayers.  I have seen this rodeo before.

In 1995, Republicans similarly promised to shut down the Education Department.  Voters, especially middle-class moms, thought that the nasty Republicans hated education, and in 1996, Bill Clinton coasted to a victory, including education as one of his key talking points.

Perhaps we can make up ground revisiting this debate.  But I would prefer that we talk about ways to make our schools more effective and not talk about how we are going to deep-six the Education Department.

Some Republicans bitterly resisted President Bush’s No Child Left Behind legislation.  They thought it was an intrusion into the states ability to run their own school districts, and they hated the mandates that challenged the school districts to improve or lose money.

Democrats also hated aspects of No Child Left Behind, especially those Democrats who got a lot of contributions from the NEA.

NCLB hasn’t been an unqualified success.  Plenty of children are still getting left behind, and plenty of students, even in middle class families, are not performing at world-class standards.

But it has changed the way we think about education.  It has imposed national standards and it has included incentives to school districts to make them improve.

President Obama and his Education Secretary have largely kept many of the Bush initiatives from No Child Left Behind.  They have tried to water some of them down, but the major thrust remains:  Use limited federal resources to leverage higher results.

A good strategy, in my estimation.  But we still have plenty of failing schools.  Who is to blame?

I think the single biggest cause of failing schools is failing parents.  Parents, usually single parents, usually single moms, who don’t have the capability, the time, the inclination, to create the kind of conditions that make it conducive for their children to both behave and learn in school, make it harder for teachers to do their job.

A few bad apples, a few gang-bangers, a few rowdy and disruptive, undisciplined kids who have parents (or a parent) who are uninvolved and uninterested in their kids development can be devastating for a classroom setting.

But society at large should also take a look at what it does to promote learning.

There was an interesting story in the Wall Street Journal the other day about a strategy used by some teachers to get young boys interested in reading.  The teachers are giving the kids so-called “gross-out books”, and they center largely on the humor that is associated with farting.  As the author of the story points out, it is a far better strategy to sharply restrict kids use of video games and television and make them read than have them read fart books.

Learning simply isn’t valued as a way to prosperity for far too many in our society, with the possible exception of many immigrant groups (especially Asians).  But the evidence is overwhelming.  If you have a college degree, you will probably get a good paying job.  If not?  Well, the path to prosperity is just that much harder.

Yes, our schools must improve, and yes, the federal government can play a role.  Yes, teachers need to be valued and yes, the teacher’s union needs to get on board with reform.  But none of this happens in a vacuum.

Parents and our society play an important role in making our schools succeed.