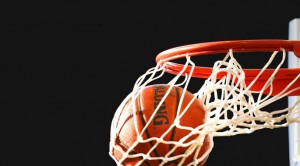 “Get your head out of your ass.”

We were in the locker room of a high school gym in the South Side of Chicago, and the coach of my team, Paul Jackson, was not too pleased with our team’s play in the first round of the basketball tournament.

We were sophomores and frankly, we were playing like crap and deserved to hear the message, which was delivered at a fairly high decibel.

I was thinking about Coach Jackson and the general state of basketball in America.

At the professional level, basketball is a complete mess.

General interest in the game has taken a turn for the worst, as LeBron James and Kobe Bryant have proven to be poor substitutes for Michael Jordan. And that was before a mystifying strike that now threatens to put the NBA out of business for good.

Is anybody truly worried (outside the family and friends of NBA players) if the league went out of business?

At the college level, basketball is learning a rude lesson. It isn’t nearly as important as football.

The Big East, college basketball’s preeminent league, has been torn asunder by University presidents who care more about football revenues than they care about great basketball rivalries.

It is truly sad to see Syracuse leaving their rivalry with Georgetown and taking their Orangeness elsewhere. The collapse of the Big East has sparked a possible Senate investigation, as West Virginia’s Joe Manchin has bitterly protested against the fact that Mitch McConnell put a good word in for his alma mater, Louisville, in a phone call to his former colleague David Boren, who happens to be the President of a prominent Big 12 university.

All of this controversy leads to a bigger question: Don’t these Senators have anything better to do, like perhaps saving our economy from a certain budget catastrophe?

I was watching an HBO documentary about high school basketball called, “Prayer for a Perfect Season.”

Here is a brief synopsis, which I am stealing from somebody else:

“Where the NBA and even college ball have become all about business (see: lockout, NCAA Tournament ad dollars), high school hoop is played primarily for the love of the game. (I mean, those were my glory days.) So thankfully this fall HBO is coming out with a documentary, Prayer For A Perfect Season, on New Jersey basketball powerhouse St. Patrick High School (Elizabeth, N.J.) after following them throughout the 2010-11 season.

The feature-length doc chronicles the extraordinary effort of Coach Kevin Boyle and his players – most notably Kentucky freshman Michael Gilchrist and Western Kentucky freshman Derrick Gordon – whose journey ends in a winner-take-all showdown for the mythical national championship against arch-rival St. Anthony High School of Jersey City. Capturing the intersection of two forces – the soaring media interest in the big game, and the decline of Catholic school programs – Prayer For A Perfect Season illuminates the real-life issues players and coaches confront during the season.”

Back to my own voice, this documentary was a wonderful behind-the-scenes look at the state of the high school game. The coach, Kevin Boyle, worked unbelievably hard at below-minimum-wages (he made $3,000 extra to coach the team), to prepare his kids not only for basketball, but also for life.

It was a touching story. Most of the graduates of St. Patrick’s went to college, even though most of them were from tough neighborhoods in tough towns like Camden, New Jersey.

And those kids could really play some basketball. It was very impressive.

I wonder if the NBA never comes back, these kids would play with the same passion.

Is the value of a college education enough to drive these high school youngsters to play a game they love morning, noon and night? To eat, sleep and drink basketball, to give up everything so they can move up to the next level?