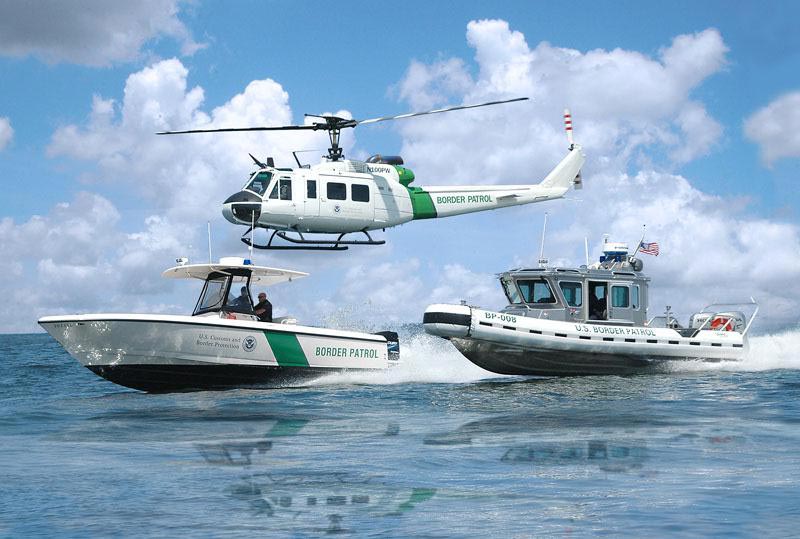 "Office of CBP Air and Marine helicopter and boats" by CBP - http://www.cbp.gov/xp/cgov/newsroom/photo_gallery/afc/cbp_air_marine/airmarine_3.xml. Licensed under Public domain via Wikimedia Commons.

Republicans have a historic chance to take back the Senate this November. If they control both houses of Congress, they will have an opportunity to set the agenda during President Obama’s last two years in office and set the table for the next presidential election.

To take full advantage of this opportunity, however, they have to conquer one huge obstacle.

It used to be said that good policy is good politics. Not only have I heard it said, I have said it myself. It’s an old cliché that sounds like it should be true. Sounds about right, except that it isn’t. Not anymore.

These days, bad policy is increasing becoming good politics. Conversely, good policy often doesn’t get the credit it deserves from the public.

Take the issue of immigration.

It is good politics to campaign on closing the border, especially for Republicans. But studies show that when you close the border, you actually make it more difficult for foreign nationals to leave the country, and they end up just staying here. A better policy would be to make it easier for workers to come here to work and keep their families back at home. That would require more visas and easier border crossings. But it is awfully hard to make the case to actually make the border easier to cross, especially in an election year.

Beating up Congress as an institution is another popular campaign tactic that turns out to be self-defeating. Campaign consultants love the idea of cutting the pay of members of Congress and making them stay back in their districts longer so they can really listen to the American people. But if that policy were to be enacted, the end result would be that only the very wealthy who could afford to serve in Congress would run, and it is hard to make the case that they would be truly representative of the American people. And let’s not kid ourselves: The more time they spend in their districts, the less time they spend getting their work done. That leads to government shutdowns and dysfunctional government.

When it comes to foreign policy, there is no doubt that the American people are in an isolationist mood. And from a political perspective, it is mighty tempting to jump on the isolationist bandwagon, as championed by some libertarians on the right and populists on the left. But from a policy perspective, when we retreat, the rest of the world falls into chaos. We don’t have to be the world’s policeman, but we do have to vigilantly defend our interests and our values — and at times, that requires more than just moral persuasion.

At the same time, good Republican reform policies don’t get the credit they deserve.

When George W. Bush signed into law the Medicare Modernization Act that created the Medicare Advantage Program and provided seniors with a prescription drug benefit, it turned out to be good policy. But critics on both the left and the right have consistently disparaged it, despite the proof that it has been a resounding success. The left hates the fact that it includes free market reforms and the right hates that it costs so much. Republicans may want to use this landmark law as an example of how to reform other entitlement programs, but this loud, bipartisan criticism makes it hard to use it as a proof point.

As House and Senate Republicans meet behind closed doors to plot out their campaign strategies for the fall and their governing strategies for the next Congress, they should think carefully about how they plan to marry good politics with good policy while resisting the urge to make popular campaign promises that will can only lead to bad policies.