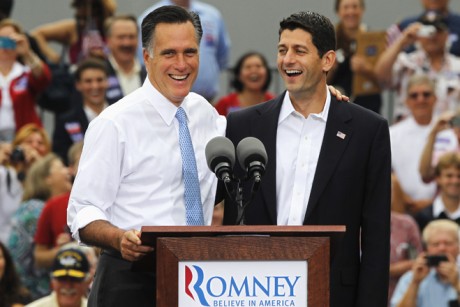 When my fellow columnist Juan Williams wrote, “Political professionals are saying quietly that Mitt Romney conceded the presidential race by putting Rep. Paul Ryan on his ticket,” he was channeling his inner James Reston.

In March of 1980, Reston wrote of Ronald Reagan:

“Seldom in the history of American politics has a party out of power shown so much generosity to a president in such deep difficulty.” Reston characterized Reagan as “Carter’s favorite opponent” and even joked that the Democratic National Committee was running the Republican campaign.

Reagan’s big victory later that year proved Reston wrong, and it wouldn’t surprise me if events will conspire to similarly prove Williams wrong.

The conventional wisdom holds that the American people can’t handle an adult discussion of the tough issues facing this country. But is that an accurate reading of the American public?

The 1980 election offers some clues. At the time, the political fortunes of Ronald Reagan were dismissed as nothing more than a gift to Jimmy Carter. The self-anointed experts viewed Reagan’s philosophy as extreme and unelectable. Voters defied that so-called wisdom by electing Reagan not once, but twice — the second time in a landslide, no less.

Americans today are likely to view the upcoming election in similar terms. Paul Ryan’s presence on the ticket ensures that we will get a real, healthy debate between two starkly different visions of America.

And with regard to one of the most pressing challenges of our time — saving Medicare — the president has no viable solution and no particularly good excuses.  Instead, he has been put on the defensive for his taking $700 billion from the program to pay for ObamaCare.

Mitt Romney and Paul Ryan actually have a plan that will make Medicare sustainable for the long term. It restores the funding the president has slashed from Medicare to pay for ObamaCare, as it comes up with a better approach to the long-term sustainability of the program. This approach has bipartisan congressional support and will give more options to future retirees to control their own healthcare futures.

That is precisely the kind of debate that the American people deserve. Mitt Romney deserves credit for selecting Paul Ryan as his running mate.

Surely, Romney knew that Ryan’s selection would inspire this kind of debate. And he probably knew that a safer selection might have been more politically prudent, but ultimately less inspiring to the American people.

The voters can handle the truth. They can handle an adult discussion of the pressing issues facing this country. In fact, they hunger for such a debate. The latest polls show that most voters have grown weary of the negative ads and cynical campaigning.

Paul Ryan has won seven elections in a swing district by offering positive solutions. He will bring that same can-do spirit to the Romney campaign.

Juan Williams might believe that this election is over now that Mitt Romney has decided to add Paul Ryan to the ticket. But in my view, Romney has given his campaign more credibility with the voters and put himself in a stronger position to win in November.