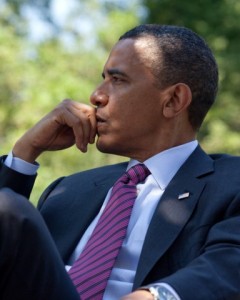 (Chicago, IL) Today, David Axelrod, the chief of the Re-elect Obama Campaign, today announced that it will formally join the Occupy Wall Street protests and start mobilizing against the policies endorsed by the Obama Administration.

Axelrod brandished a Tim Geithner bobblehead doll, which he stabbed repeatedly with a pen knife while chanting an indecipherable spell, which he later said he hoped would lead to the Treasury Secretary’s immediate departure from his office.

Axelrod, in announcing this unusual campaign, said: “We have decided that we aren’t going to defend the indefensible. Yes, we have terrible unemployment. Yes, Wall Street is getting away with murder. Yes, people have lost faith in the future. As much as I have tried, we can’t blame Bush for this anymore. We have to blame the Obama Administration.”

“The real Barack Obama would never allow his Treasury Secretary to coddle Wall Street like Geithner does. He would never take on the Teacher’s Unions like that Duncan dude does. He would never, ever, play so much damn golf. That is a rich man’s sport. Something in the White House water must compel Presidents to take up that damn game.”

“The Obama campaign is at one with the Occupy Wall Street crowd, and we are going to be using them to help us round up votes to replace the current President with a better, more liberal one.”

“And if that doesn’t work, we will move to replace Barack with Michelle.”

The White House Press Secretary Jay Carney wept uncontrollably when asked about this latest move by the Obama campaign: “I knew I should have stayed at Time Magazine. I am going to slug Biden for getting me into to this,” he said, with tears streaming down his face.