Obama and the Catholic Vote 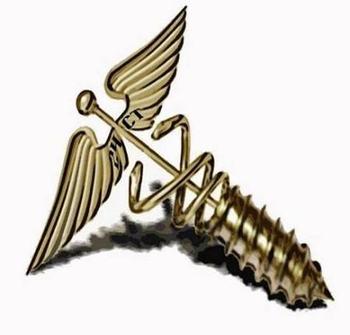 The Washington Post had this to say about a crucial voting bloc: “American Catholics are the ultimate swing voters, switching between Republicans and Democrats alike. Representing approximately one in four U.S. voters, Catholics make up the largest single religious voting bloc in American politics.”

Catholic voters voted big time for Barack Obama in the last Presidential election, despite the fact that Mr. Obama is staunchly and aggressively pro-choice.

Catholics voted for Mr. Obama over Mr. McCain by a nine-point margin (54 percent versus 45 percent), a turnaround from 2004 when Catholics supported President Bush over Sen. John Kerry, Massachusetts Democrat, by a five-point margin (52 percent to 47 percent).

Politics doesn’t often come in Mass, but it did this past Sunday in the least expected way. Although from the very beginning I should have thought something was up.

The Gospel reading was the parable of the laborers. For those who don’t remember, this story is about a farmer who hires a bunch of workers at various points in the day. He pays them all the same wage, even though those who he hired at the beginning of the day worked longer than the ones who he hired towards the end of the day. When those who worked the longer day complained, he said: 'Friend, I am not
being unfair to you. Didn't you agree to work for a denarius? Take your pay and go. I want to give the man who was hired last the same as I gave you. Don't I have the right to do what I want with my own money? Or are you envious because I am generous?' So the last will be first, and the first will be last."

The politics of envy never work out, do they? I thought it was a very Republican message.

Father Byrne, our parish pastor, didn’t make any overt connections between this parable and politics. But he did make a statement at the end of the service about actions that the Obama Administration is taking that will make it harder for Catholic Hospitals and other Catholic service providers to do their good works and to keep their Catholic identity.

The issue is contraception and Obamacare. As Father Byrne put it, you can disagree with the Church’s teachings about contraception, but the issue here isn’t about that teaching. It is about the Obama Administration’s demand that the church change the way it believes.

Here is how one Catholic newspaper summed up the controversy:

“A new federal requirement that employers’ health care plans must cover contraceptives is an “aggressive” approach that could hinder or shut down Catholic institutions because of inadequate and “impossibly narrow” religious exemptions, several Catholic commentators have said. “This will likely drive many important Catholic social service providers to close up shop, inevitably harming the poor communities that they serve,” Notre Dame Law School professor O. Carter Snead told CNA Aug. 2.

He characterized the regulations as a “watershed moment.” “Being an employee of a Catholic university that takes seriously its Catholic identity, I worry very much about what we’re being asked to do at this point. We’re being directly asked to act contrary to our deeply held religious beliefs,” he added. “It feels very aggressive to me. It bothers me very much.” The Department of Health and Human Services announced Aug. 1 that new health care plans must cover contraceptives and sterilizations under regulations for preventive care created in response to the 2010 health care legislation. The regulations may allow for existing health plans to be “grandfathered” in, but the Department of Health and Human Services did not respond to requests for further information about how the rules will apply to Catholic institutions. Catholic teaching recognizes contraception use and direct sterilization as sinful. The Obama administration has released an amendment allowing religious institutions the choice of whether to cover contraceptive services. However, the exemption applies only to non-profit religious employers whose purpose is “the inculcation of religious values.” Exempted employers must primarily employ persons who share their religious tenets and must primarily serve those who share those beliefs. “The so-called ‘exemptions’ are extremely narrow,” Snead said. “This category does not cover virtually any Catholic institution that serves or employs non-Catholics. Accordingly, Catholic universities, Catholic social service agencies, and even perhaps the U.S. Conference of Catholic Bishops will be required to provide contraceptive coverage (including abortifacients like the recently FDA-approved ‘Ella’),” he explained. Notre Dame Law School professor and associate dean Richard W. Garnett also criticized the exemption. It is not broad enough “because it excludes those religious institutions, employers, and ministries that are engaged actively in the world, providing care, services, and education to a diverse group of people, besides our fellow Catholics,” he told CAN. Helen Alvare, a law professor at George Mason University who formerly worked with the U.S. bishops’ pro-life office, said the regulations threatened religious freedom and respect for conscience. “This regulation breaks a long-held, bipartisan understanding about who we are as a nation. We were founded on the basis of freedom of conscience, and that it's an important part of our overall level of freedom, not to mention peaceful coexistence,” she said.”

Father Byrne was not exactly angry as he spoke out against this insane regulation, but he wasn’t too pleased either.

My guess is that he wasn’t the only priest speaking out against the Obama Administration’s health care law, especially as it relates to this regulation. And he won’t be the last.

Byrne pointed out that the Catholic Church feeds and houses more than 4,000 indigent Washingtonians every day. I think that number might be a little low, but there is no doubt that Catholic hospitals and service organization play an extraordinarily important role in keeping this society together.

For the Obama Administration to take this punitive step against the Church, simply because the Church will not bend to its political will seems to me to be a bit short-sighted.

Catholic voters swept President Obama into office three years ago. With decisions like this regulation (plus a terrible economy and a feckless man at the top), they could just as easily sweep him back out.