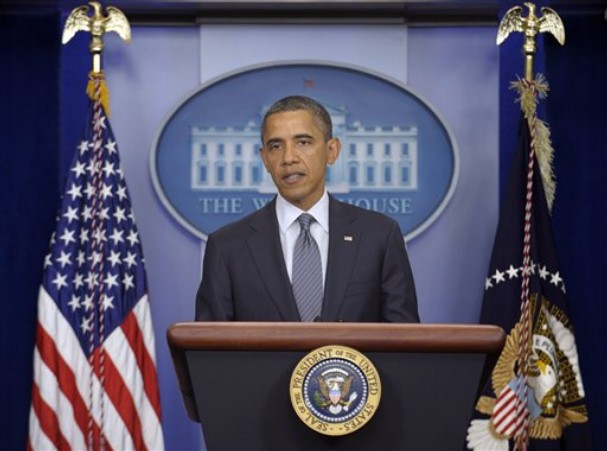 The president does a pretty good job of declaring victory. He doesn’t do a particularly good job of explaining the cost.

He ended last week declaring that our troops in Iraq will be home for Christmas. What he didn’t explain was that decision was reached because the Iraqis are kicking us out of their country and that the likely result will be a dirty civil war that will make Iraq a puppet of Iran.

But the president has a history of these kinds of victories.

Sure, he signed a health care reform law, which he hailed as a victory for the American people. What he didn’t explain was that health care insurance costs would likely continue to climb for most consumers and that many businesses would be ending their health insurance programs in favor of these exchanges created by the law.

Sure, he signed the Dodd-Frank law, which he hailed as a victory for those who are frustrated by a banking industry that doesn’t work properly. But the law hasn’t even been fully vetted by the regulators and already it has made it harder for the banks to loan out their money to small and medium-sized businesses.

Sure, he deserves some credit for killing Osama bin Laden. Bin Laden was a bad dude and he deserved to die. But ever since that assassination took place, our relations with Pakistan have deteriorated — to the point that we might be fighting a war there before the next election.

Yes, he authorized the killing of Anwar al-Awlaki, and that sounds like another blow in the war on terror. But then you discover that this guy was an American citizen and that this action sets a mighty troubling precedent. Do you think giving the president — any president — authority to kill any American citizen he wants to kill, for whatever reason, without legal authority from the Congress or the courts is a good idea?

And yes, I suppose getting rid of Moammar Gadhafi is a good thing. He was a crazy dictator and a thorn in the side of America for more than four decades. The president said that this was a victory for the American people. But what do we have in his place now that he has been killed by his own people?

According to The Daily Telegraph, the guy who is taking Gadhafi’s place, Mustafa Abdul-Jalil, the chairman of the National Transitional Council and de facto president, “had already declared that Libyan laws in future would have Shariah, the Islamic code, as its ‘basic source’ … Mr. Abdul-Jalil went further, specifically lifting immediately, by decree, one law from Col. Gadhafi’s era that he said was in conflict with Shariah — that banning polygamy. In a blow to those who hoped to see Libya’s economy integrate further into the Western world, he announced that in future bank regulations would ban the charging of interest, in line with Shariah. ‘Interest creates disease and hatred among people,’ he said.”

The president isn’t getting any traction on his foreign-policy triumphs because the American people are wising up to the idea that each one of his victories comes at a tremendous price. Some of those costs are well worth it. The elimination of Osama bin Laden is worth increased tensions with Pakistan. Others, though, are more dubious.

The president is awfully good at declaring victory. He is not so good at actually achieving it.