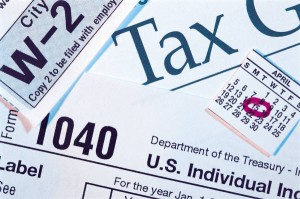 Charlie Rangel admitted yesterday that he isn’t very good with numbers. He took the blame for not paying his taxes, but being bad at numbers isn’t anything new for the Democratic Party.

Governing is all about numbers.

Numbers are important for governing because the first thing you have to do when you govern is figure out the budget. Budgeting is about making choices. And we can’t afford to do everything we want to do.

The American people are starting to figure that out these days, which is why they want a balanced budget. They want the politicians to make the hard choices. But politicians don’t want to make hard choices, because they can read the polls. And the reason choices are hard is because the polls say you shouldn’t make them.

But if the numbers don’t add up, you don’t have much of a choice.

Just look at Ireland. A decade ago, the Irish decided to go all in with the Euro. They gave up their own currency and put their trust in the Germans.

And the numbers looked good for the first half decade or so. The Celtic Tiger roared thanks to investment from the European Union. But because of a nasty real estate bubble, the numbers aren’t adding up now. The Irish government has slashed spending to the bone, but still the numbers don’t add up. They can’t get any more loans at reasonable rates on the bond market, so now, they have to be bailed out by the Germans. It is no fun to be bailed out by the Germans.

Which brings me back to America. The Tea Party is coming to Washington and they have two goals: Cut spending and create jobs.

It has not gone unnoted that the U.S. government, under the leadership of Mr. Obama, was the only government that had absolutely no intention of cutting spending. In fact, the Democratic spending spree was supposed to create jobs. Who cares if the numbers didn’t add up?

Well, as it turned out, the American people cared.

They want the numbers to add up.

Numbers are important in governing.

Ron Johnson, the new Senator from Wisconsin, has noted that while there are plenty of lawyers in Congress, there is only one accountant. That could explain why the budget is so out of whack.