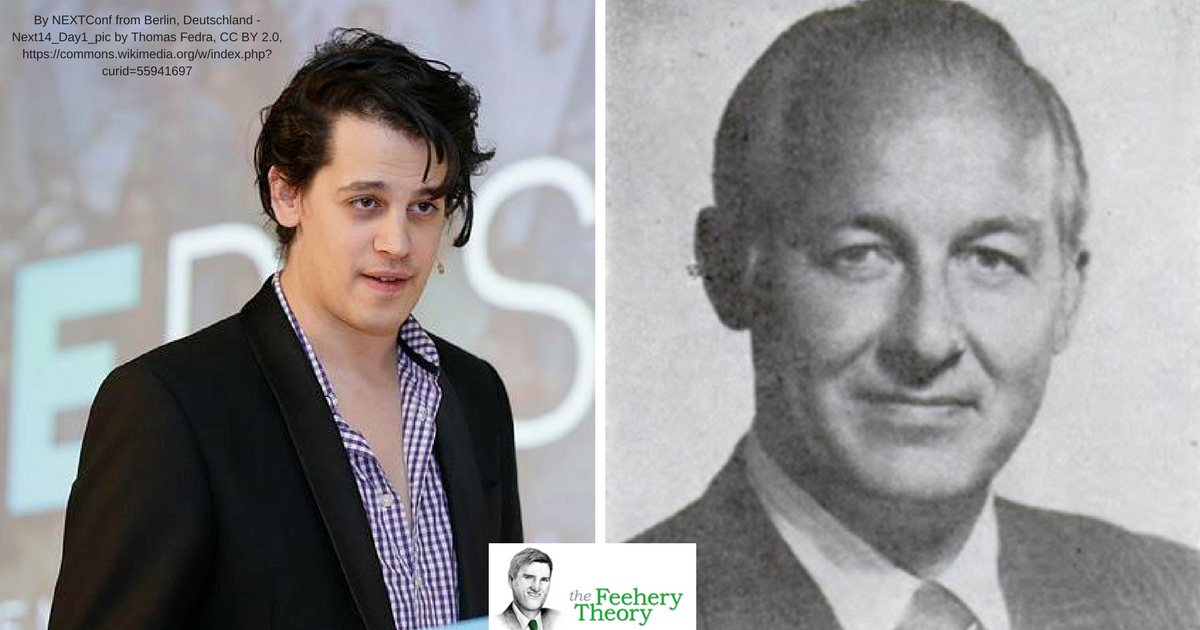 The same week that former House Republican Leader Bob Michel died, Milo Yiannopoulos got himself disinvited from the CPAC, the pre-eminent gathering of conservative thought leaders in the country.

I hesitate to put a legendary statesman like Leader Michel and a scandalous provocateur like Milo in the same sentence, but I couldn’t help but think about how great the conservative movement once was and what it is in danger of becoming.

I don’t know if Mr. Michel ever attended CPAC during his years leading the Republican minority in the House.  I checked CPAC’s history and he wasn’t mentioned.  And I checked with some of his senior staffers who worked for him before I did, and they didn’t recall him attending it either.

Of course, back then, CPAC wasn’t the thing it has become today.   It was a smallish meeting inspired by the National Review and Human Events and some other conservative publications.  Ronald Reagan made a point of attending at the beginning, as did Jack Kemp and other conservative thinkers like him.

Attending a conference like CPAC wasn’t something that Bob Michel would bother to do.  He was a workhorse, not a show horse.  He wasn’t pontificating on great ideas.  He was advancing conservative ideas through the legislative process.  He was a legislative strategist opposed to communism, labor activism, wasteful government programs and higher taxes.

He derailed efforts by the Democrats to give more power to the labor unions by beating back common situs picketing legislation during the Carter years.  He helped President Reagan in his fights against the Sandinistas in Nicaragua.  He cuts billions of dollars in appropriations spending during the early years of the Reagan Administration. He helped to stop President Clinton’s BTU tax, slowing it down enough in the House to give the Senate the ability to deliver the crushing blow.

And he did it by offering a clear strategy that mobilized both Republicans and Democrats, by uniting conservatives and moderates, by building up effective coalitions.

A perfect example: How he stopped Hillary Clinton’s efforts to nationalize our health care system.  Bob appointed a task force (including my other former boss Denny Hastert) that was tasked with coming up with real alternatives.  He worked with Democrats to develop a superior product to Hillary’s plan to create a huge new bureaucracy.  When Democrats attempted to pass the Hillary plan through the Ways and Means and Energy and Commerce Committee, they discovered that they didn’t have the votes but the Republican alternative did.

You can’t beat something with nothing.  But coming up with a true alternative takes a lot of hard work, a lot of compromise and a lot of courage.

I contrast Bob’s work in the salt mines of Congress, working out deals, coming up with alternatives, counting votes and achieving results with what we see with the current state of the conservative movement.

It stuns me that Milo was even considered to address CPAC, but I guess it shouldn’t.

The movement itself has lost credibility.  It has become a cacophony of loud voices that seeks not to understand but rather to posture.  It has been overrun by talk show hosts who have little interest in coming up with new ideas.  It is not a factually based movement.  It doesn’t do the hard work of building solutions to the tough problems that face this country.

It is no surprise that the movement itself has been coopted by Donald Trump.

I don’t blame Trump for this.  Trump offered a clear alternative to the mess that is Washington.  He offered a clear vision with a clear message:  Make America Great Again.

His message resonated with its simplicity.  Life isn’t as simple as his message, but for a conservative movement that had long ago turned its back on the actual hard work of coming up with solutions to problems, it was manna from heaven.

CPAC had invited Milo because he represented all that the movement had become.  Brash, bold, politically incorrect, at times obscene, willing to say anything to get noticed, great for click bait.  It is no surprise that he was the face of Breitbart, because he represented all the empty promises of Breitbart.  All the excitement with none of the substance.

People who know Bannon tell me that he is a good guy who has been wildly misunderstood in the media.   That might be, but if that is the case, it’s hard to reconcile the private Bannon with what Breitbart has become.

Bob Michel defended Western Civilization by first defeating the Nazis in World War II and then by beating the Communists during the Cold War.  That took hard work on the battlefield and in the Congress.

The conservative movement is in crisis and it will take hard work to get it back on track.  And hard work means hard work, not hard words that seek to split our country apart.

Bob Michel was what conservatism once was and what it most become again if it is to be successful in moving the country forward.  Bob Michel never went to CPAC because he was too busy doing that hard work.  The CPAC attendees should spend more time learning from his example and less time dealing with the likes of Milo what’s his name or people like him.