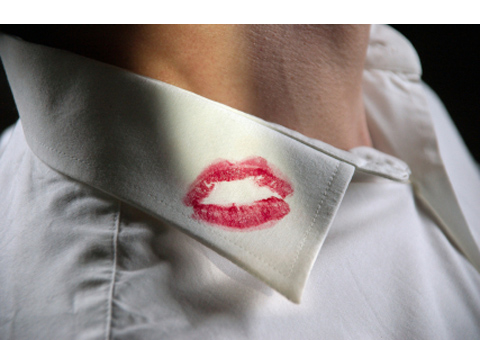 The best show on television, in my humble opinion, is “The Good Wife.” Julianna Margulies and Chris Noth star as a political power couple thrown on the rocks by a sex scandal.

As The Good Wife has evolved, it has shown the shades of gray in most relationships. She thinks about having an affair of her own. She has to compromise her own principles in order to succeed in her profession (she is a lawyer in a very aggressive Chicago law firm).

I couldn’t help but think of “The Good Wife” when turning on cable shows and catching the top two news items yesterday.

Item One: Head of the IMF is charged with rape.

Item Two: Wife of the former California Governor splits after discovering that her husband fathered a child with the family’s house employee.

What is it about powerful politicians that they can’t keep their hands out of the cookie jar?

Rumors are swirling in France that the IMF Chief -- Dominique Strauss-Kahn -- may have been set up by political rivals. The story doesn’t seem to add up. In this day and age of Craig’s List, if the Frenchman wanted to get some action on the side, all he had to do was make a phone call.

That being said, allegations are starting to come out of the woodwork from other victims of Strauss-Kahn’s abuse. While nobody is certain if these new allegations are true or manufactured by some who would want to cash in on this obvious opportunity, it is becoming more and more clear that DSK has a serious sexual predator problem.

In the case of Arnold Schwarzenegger, it surprises absolutely nobody that the former body-builder was also a serial body-groper. He was a notorious philanderer, and wasn’t particularly subtle about it. His wife, Ms. Shriver, had to defend The Terminator in his election bid from allegations of sexual harassment, but of course, that was before their marriage was terminated.

The Presidential race has already delved into the sex. Apparently, the only thing Democrats want to talk about when it comes to Newt Gingrich is that he was married three times. And they are having a lot of fun talking about Mitch Daniels two marriages (although in the Indiana Governor’s defense, he was married twice to the same woman).

Democrats like to go all Puritan when the discussion turns to Republican candidates, and they turn all libertarian when it comes to their own heroes.

Bill Clinton? We should mind our own business.

John Edwards? Can you believe that guy?

Of course, historically speaking, it is hard to make the case convincingly that being a faithful spouse is absolutely essential to being an effective leader. FDR had his dalliances, as did Eisenhower, as did Kennedy, as did Clinton. Even the great Ronald Reagan had a mulligan marriage.

These days, the media spends a lot more time hunting for sex scandals.

And they do it all over the place and most fruitfully on the Hill.

The media does this for its own reasons. Of course, they don’t bother to cover their own industry’s infidelities.

Media mavens love to talk about right-wing hypocrisy when it comes to moral issues, and I admit that there is a good narrative there. But there is an equally compelling narrative of reporters and television personalities who enjoy destroying the lives of politicians for sleeping around just as they are sleeping around themselves.

Sex makes for great copy and for great ratings. And sometimes, the news stories serve a valuable purpose. Had the French media done its due diligence on the IMF Chieftain beforehand, he may never had the opportunity to rape the Sofitel maid.

The men-behaving-badly story will never go out of style. There are just too many juicy examples to report on.