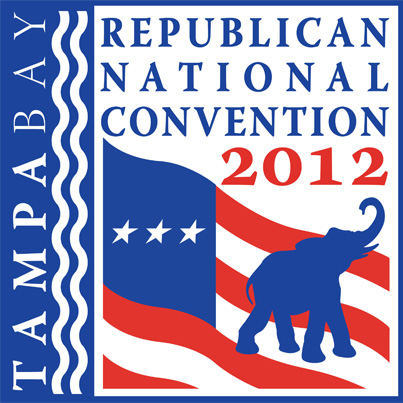 When Bob Dole announced Jack Kemp as his running mate in 1996 at the San Diego convention, there was a hope that the one-time quarterback could lead a drive to take back the lead from Bill Clinton.

Dole was down more than a couple touchdowns and the Republican team needed some inspiration.  But Kemp could never get the ball in the end zone (he was a quarterback, not a miracle worker), and Bill Clinton easily won re-election.

Conventions are kind of like one big half-time show, culminating in a rousing locker-room speech by the nominee.  A good locker room speech at half-time inspires the team to go take the field and win the battle.  It doesn’t introduce the coach to the public, or humanize the coach, or simply recite the game plan (although that is an important element of it).

Anybody who has ever played football knows that the coach is not the only speech-maker in a locker room.  Sometimes the assistant coaches have more than few choice words, and sometimes it is some of the senior players.  And sometimes it is a special guest.

Usually at a convention, you get a pretty good sense if you are going to win the game or not.  Usually, you know if your team is better than the other team or if the breaks are beating the boys, and you don’t have much of a chance.

Speaking of the Gipper, he gave a great convention speech at the Houston Convention.  That was my first one, and I sat in awe as Ronald Reagan gave his final big-time speech.  Sadly for the Republicans, that wasn’t the locker room speech everybody remembered.   Pat Buchanan and Buchanan Brigades stole the show, and helped to seal the fate of George H.W. Bush, whose rhetoric simply didn’t match the heat of the former Nixon speechwriter.

George W. Bush’s team ran a great convention in Philadelphia.  That was Ed Gillespie’s first production, and he went overboard (according to the media) in packing the night with all shades of voter.   But Bush’s message of inclusiveness helped propel him to victory.  Bush never quite got the hang of inspirational speech, but he was serviceable enough to get the job done.  At least more so than Al Gore, who embarrassed himself by making out with Tipper on stage, whom he later divorced.

The McCain convention was a disaster from the very beginning.  Minneapolis and St. Paul are nice cities, but the whole deal was way too spread out.  A hurricane knocked the program off course, which was interesting because not a drop of rain fell on any of the participants.  And Sarah Palin stole the show, which was good from the energizing the base angle, but bad from the perspective that she was a not-ready-for-prime-time player, which quickly became apparent after the convention concluded.

My brother tells the story about Gerry Faust, when he was the coach of Notre Dame, and when Notre Dame needed a score to get back in a game against a superior opponent, desperately prowling the sidelines, asking his offensive coach, “We need a bomb play.  Do we have a bomb play?”

You could see John McCain going to Steve Schmidt, asking him if he had a bomb play.  Sarah Palin was the bomb play.  And it exploded in McCain’s hands.

You don’t get the sense that Mitt Romney is panicking at this convention.  He would know if he had a bomb play or not.  The Paul Ryan pick could be seen in that light, but I think Romney knew what he was doing.

Chris Christie is going to give the best locker-room speech in the traditional sense when he gives the key-note address.  Romney doesn’t have to compete with that.  But he does have to give an inspirational address that unites the party in its key goal, toppling Barack Obama from office.

Right now, it is a tie-game, and the Republicans have fumbled the ball on a couple of occasions (Todd Akin being one prime example).  This is my sixth convention, and compared to the others,  I feel pretty good about where my team stands at half-time.  We could still lose, but I like our odds.