Lobbyists Don’t Love It, But This Tax Reform Bill Is A Huge Victory for the American People 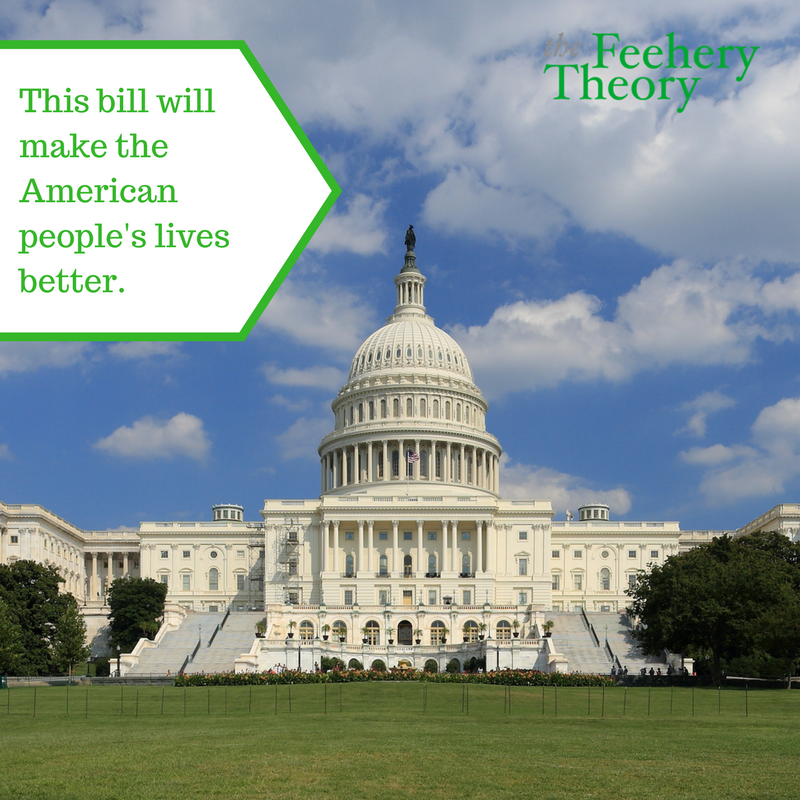 Not everybody is going to be happy about this tax bill that just passed the Senate and will eventually make its way to the White House for the President’s signature.

Lobbyists in Washington aren’t happy, especially if they live in Montgomery County, and not because they of provisions that either did or didn’t make it in the final product.

They think their taxes are going to go up because of the limits on deductions for those at the upper-income ranges.

Rich New York donors aren’t happy either, for some of the same reasons.   They think they will pay a bit more in taxes, and they're threatening to stop giving to Republicans because of it.

For years, Republican legislators have been hearing about how they shouldn’t cut taxes for the rich, that the wealthy already have plenty of money.   And so, in this tax bill, they took that advice.

And predictably, the well-heeled are furious. Hey, where is my tax cut? They ask.

The Tax Reform and Jobs Act is not a big boon to the one-percent, despite whatever nonsense is being spewed by the left and the Democrats.

This bill is very good for the middle-class and for the working class.

After this legislation is signed into law, fully 90 percent of the American people are going to be able to fill out their taxes on a post-card.  Because it doubles the personal exemption and because, if you have kids, you get a much bigger child credit, most regular folks are going to get a pretty substantial tax cut or if they are at the lower end of the income spectrum, they won't have to pay any taxes at all.

That’s a nice benefit that Democrats don’t want you to know about.

The left is making the spurious case that because this legislation slashes the corporate rate to 20%, that this will benefit the wealthy.

And yes, in the sense that a growing American economy helps the wealthy, that is probably true.  But the wealthy are doing pretty well right now, in an economy that is just stumbling along.

The real truth is that a rapidly growing economy will disproportionally help the working class by increasing wages and creating jobs.   This tax cut will make America the best place in the world to locate a business, hands down.  Coupled with the President’s anti-regulatory agenda, companies that once sought to locate anywhere else are now going to move back here.

There are other aspects of this legislation that will prove to be very popular.

Getting rid of the individual mandate, the millennial tax as I like to call it, will ease the minds of many young people who simply can’t afford to pay it.

Opening up ANWR will stabilize gas prices in this country as we eventually transition to electric cars.  What is bad for OPEC is good for the United States.

For middle-class parents who want extra help paying for the expenses that come from paying for school, either parochial or public (or private), Ted Cruz passed an amendment that opened up 529’s for grade school and high school expenses.   This is huge, especially for my family (we send our kids to a small Catholic school).

The most important part of this bill is that it will spur economic growth.  I think it will pay for itself.  I think we will get growth of 3 to 4 percent and I think at the end of the day, this will prove to be the biggest reason this legislation becomes a net winner for everybody who voted for it.

Mitch McConnell, John Cornyn, Orrin Hatch and the entire team deserve a lot of credit, including many of the staff members who worked round the clock (Mark Prater, Brendan Dunn, Jay Khosla, Erica Suares, the list goes on) to deliver this tax cut for the American people.

The Democrats hate it.  The lobbyists don’t love it.  Rich New York financiers are angry about it.  But the American people are going to learn to appreciate how this bill will make their lives better.