Listen to Tillerson on the Environment 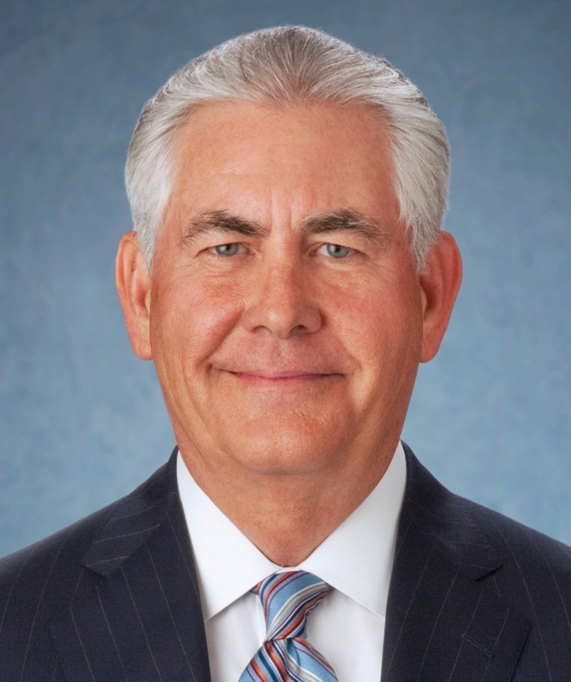 Republicans should listen to Rex Tillerson.

The outgoing CEO of Exxon Mobil (assuming he gets confirmed by the Senate), is a smart, shrewd and tough leader who will do a good job as Secretary of State.

He also acknowledges that climate change is a real thing.

He told the Council of Foreign Relations in 2012, “I’m not disputing that increasing CO2 emissions in the atmosphere is going to have an impact. It’ll have a warming impact.”

He doesn’t necessarily freak out about finding ways to deal with global warming:  “It’s an engineering problem, and it has engineering solutions,” he said at the same event.

From a business perspective, Tillerson understands that being seen as reflexively anti-environment is not a good way to gain the trust of customers.  Obviously, Exxon Mobil has a long history of doing battle with the environmental movement.

On its website, it touts its sensitivity to protecting the environment:

Exxon Mobil Corporation’s policy is to conduct our business in a manner that is compatible with the balanced environmental and economic needs of the communities in which we operate.  We are committed to developing and utilizing new technologies to continuously improve environmental performance throughout our operations.

This is not unusual in corporate America.

Walmart has a huge program aimed to reducing its carbon footprint.  It does so even though you can safely say that a majority of its customers voted for Donald Trump in the Presidential election.

Almost every major Fortune 500 company tries to prove that it is environmentally sensitive, not only to satisfy government regulators, but most importantly to appeal to their customers.

This makes sense because polls show that people like a clean environment. People like to drink clean water and breath fresh air.   They don’t like corporate polluters.

Republicans need to appreciate that picking an unwise fight on environmental protection is bad politics.

It is especially bad for younger voters who will eventually grow up and actually vote.

Getting into a fight over global warming and climate science is not wise, in my view.  The climate is changing and increased CO2 production is having an impact.  Sea-levels are rising.  The weather is getting more violent.  We are seeing bleaching of coral reefs around the globe.

Republicans need a better message than simply ignoring the obvious.

And the message is there for all to behold.

We can grow the economy responsibly without destroying the environment.

We can use trade policies to compel China and India to adopt cleaner technologies.

We can use incentives to help companies meet clean energy goals.

We can make it easier for utilities to build nuclear plants and for consumers to use solar panels.

We can be good stewards of the earth as we make the American economy great again.

This doesn’t have to be a zero-sum game.  It can be win-win.

I believe that the Environmental Protection Agency needs to be completely revamped to be more pro-business growth.  And I think Scott Pruitt is smart enough to be able to do that.

But fighting over climate change is a loser for the Republican brand and for Donald J. Trump.

Ivanka gets that, which is why she met with Al Gore.

Republicans don’t necessarily have to listen to the former Vice President.  They can listen to Rex Tillerson.