Congress & Level Setting for the Fall 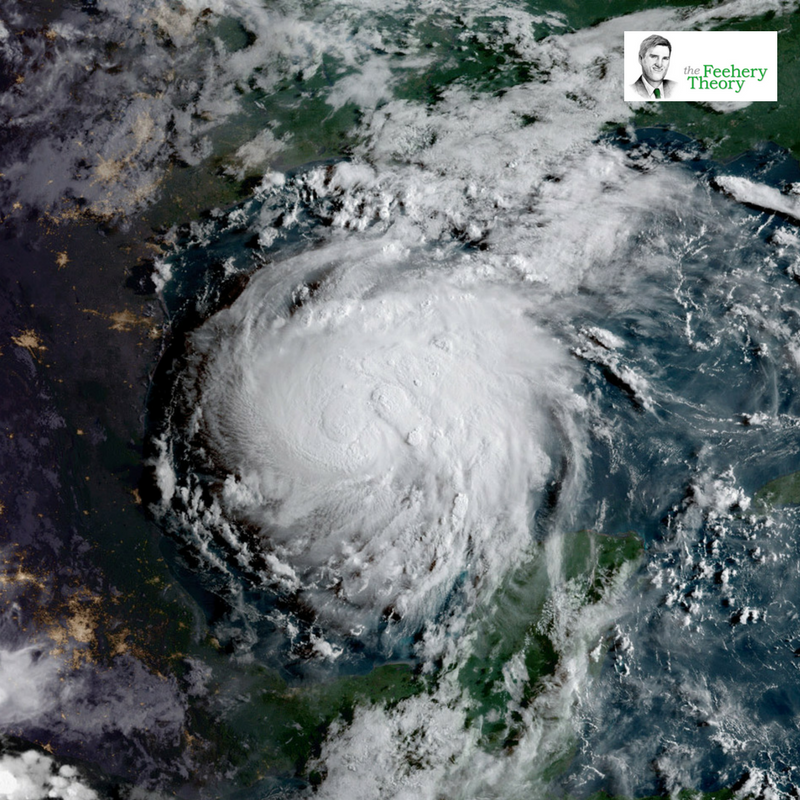 Kids are back to school.  College football is starting up.  The NFL pre-season has concluded.  MLB is starting to focus on the post-season.

And soon, Congress will be back in session, dealing with plenty of unfinished business.   How it conducts this business and if it successfully completes its responsibilities without creating more crises in the process will go a long way in determining the make-up of Congress after the mid-term elections in 2018.

The ferocity of Harvey will impact the legislative agenda.

First, it should make it much more difficult for conservative lawmakers from Texas to oppose the supplemental that will most likely be attached to a comprehensive spending bill that will either keep the government open for three months or for an entire year.

Because Harvey made clear to many that the government had to continue functioning, it is now less likely that conservatives will try to hold hostage a debt limit in exchange for further spending cuts.   I predict that a clean debt limit will be passed by both the House and the Senate and signed into law by the President.  Either that or it will be attached to the CR.

The President has been spoiling for a fight to construct a border wall.   But he already gave a significant nod in the direction of his anti-immigrant political base with the pardoning of Sheriff Joe Arpaio, so that give the President some wiggle room to negotiate.

It seems right now that the Congress will punt on the border wall and on most major decisions in the spending bill until the end of the year, so assume for the time being that Congress passes a Continuing Resolution until after Thanksgiving.

There are two programs that are expiring at the end of September that similarly will be impacted by Harvey.  First, there is the flood insurance program, which expires at the end of the month.  Hundreds of thousands of Texans don’t have flood insurance but did get flooded by Harvey.  Taking care of them should be a priority of House Financial Services Chairman Jeb Hensarling, who is a Texas native.  But he has been traditionally hostile the NFIP, so it is not clear how he will work to help folks from his home state, but I think we can predict that something will get worked out to help Texas, with or without his help.

Another program due to expire at the end of the month is the FAA.  The House and the Senate have been tussling over this program for quite a while now, principally over the issue of privatizing air traffic control system.   The President, you might remember, did a splashy event throwing his support behind that idea early in his Administration.  It’s unclear if the President’s support helped or hurt that effort.

As the President tussles with the issue of border funding, he is also dialoguing internally (and mostly with himself) about whether to keep the DACA program going.  Texas (it seems like everything revolves around Texas) has said that if the President continues the program after September 5th, it will file a lawsuit to end it.  If that happens, it is very unlikely that the Justice Department, led by anti-illegal-immigration proponent Jeff Sessions, will support the government’s position.

Let’s remember where we last left the Congress at the beginning of August.  The Senate failed by one vote to repeal and replace Obamacare.  The President was furious, and spent a couple of weeks attacking Senate Majority Leader Mitch McConnell for his failure to pass the bill.  The President made a point of demanding that the Congress not give up on the effort.  So what happened with that demand?  Well, it was ignored.  Instead of working to pass a bill that had the support of about 17% of the American people, the Senate Committee of jurisdiction is working on a much more modest effort to stabilize the insurance markets in the states.  The Chairman of the Committee, Senator Alexander, is focused on that effort, which might come to the crowded floor sometime the Fall, but not before other higher priority items get considered.

Speaking of higher priority items, Republicans in Congress want to make tax reform a reality.  Speaker of the House Paul Ryan and House Ways and Means Chairman Kevin Brady travelled across the country talking about the prospects of reform and the need to cut taxes on the business community.  The President has promised to spend some time on the issue and promises to make the populist case for comprehensive reform.  Making America great is akin to cutting the corporate rate in the minds of many in the Administration.  This might be the last thing the Congress does before recessing by the end of the year.

The President is finding out that nothing in his current job is easy.  That includes reforming the tax code of course.  But it also includes his efforts to reset the trade agenda.  He, of course, promised to make the Mexicans pay for the border wall, a promise he seems to be unable to keep.  And in the context of the NAFTA renegotiation, that will be a promise that will prove to be too expensive to bargain away.  The question is:  Will he be able to get something truly significant in exchange for dropping his demands on the wall.

According to press reports, the President is desperate to put tariffs on any product he deems as being dumped into the American marketplace.  If not Mexico, the next likely culprit would be the Chinese.  The problem with getting into a trade war with the Chinese is that we need their help in stopping the North Koreans from attacking our allies or our territories with a nuclear weapon.  Deterence doesn’t seem to work with the madchild in Pyongyang.

North Korea might very well overshadow whatever happens with the rest of the Congressional agenda.  The President has been playing game of chicken with the North Korean dictator, but the game has ceased to be funny.  Nobody is laughing now.

If we do get into a shooting war with North Korea and that escalates into a bigger war with China, all bets are off on the rest of the legislative agenda.

Talking about wars, the President announced an increase in funding and troop deployments for the war in Afghanistan.  The President’s announcement was deemed presidential, although the populist right came out against it. They are tired of war, especially wars that never seem to end and we never seem to win.

Afghanistan will come up during the consideration of the Defense Authorization bill that is also due to expire by the end of the month.  John McCain, who has been a thorn in the side of the President and who voted to kill the Obamacare replacement bill, is shepherding this bill through the Congress, assuming that he bounces back from the cancer treatment that he started last month.  I wouldn’t be surprised if the transgender issue comes up during the debate.  Democrats think that defending the right of transgender Americans to serve in the military is a political winner.  I’m not so sure, but we will see how it gets litigated in the court of public opinion.

Talking about politics, next year’s elections are going to be both a referendum on Trump and a referendum on Congress.   Trump’s tweets could come back to haunt him by riling up the Democratic base and discouraging Republican swing voters.  But Democratic obstruction and the inability of Congress to produce could be very problematic for Red State Democrats.

There has been a lot of talk about how Trump’s tweets have so alienated Republicans in Congress that it will be hard for them to work together.

Politics is a personal business, but it is also a business of shared interests.  When somebody you dislike shares your legislative interests, you tend to work together even if you despise each other.

There are plenty of Senators who secretly or not so secretly despise one another and also despise Trump.  But that doesn’t mean that on issues, they won’t work together.

We will see how this plays out in the Fall, but I assume Republicans won’t want to undercut their shared agenda with the President in order to get back at him for unkind tweets.

And that sets up an interesting political dynamic for next year.

Usually, you want to install the opposition party to act as a check on the President.  Truman ran on against a do-nothing Congress is 1948 and won.  Of course, that’s little more problematic given that it is theoretically a Republican-led institution.

But I can see that Trump could run against Congress, taking out some he views as obstructionist Republicans during the primary process.  That won’t make Mitch McConnell very happy, but you can already see that strategy shaping up with Jeff Flake and Dean Heller.

Republicans typically turn out in more numbers in midterm elections, and they are still largely in Trump’s corner, especially the Republican base.   The other thing that argues in the GOP’s favor is a favorable map in both the House and the Senate.  Redistricting makes it improbable that either the House or the Senate flips.

Final point.  Democrats are going to be running on impeachment. There is no evidence that is a winning issue.   People don’t want chaos, they want continuity and stability.  But that is what the left really wants.  So that's what the Democrats will do.