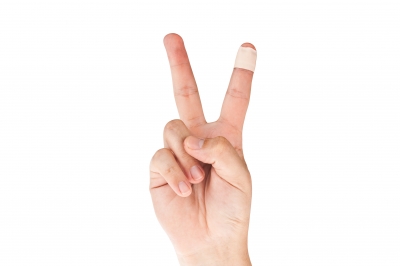 Thanks for the clarification.

Michelle Obama was making the case that younger Americans need to wise up and sign up for her President’s health care plan.  They don’t know how to cook and often slice their fingers on sharp knives.   That is why young people need Obamacare.

Or they could buy Neosporin and a band-aide.

The Obama Administration thinks a lot of people are knuckleheads.

The FCC just came up with an idea to monitor how the media decides how to cover the news.   They want to do a “study” by having government employees sitting in newsroom, watching the news editing business first hand.

I wonder if they will study Fox News more than they study MSNBC since the ratings for Fox are so much better.

The MSM helped get Obama elected in 2008, and they have largely sided with him since that time, although at times they get a bit perturbed with the Administration.

It may seem kind of weird that the Obama Adminstration would turn on its number one ally, but it is not an isolated incident.

America used to rank number one in press freedom, but under the watchful eye of Eric Holder, we now rank number 46.    So much for the First Amendment.   But since the media has been the useful idiot for Team Obama for so long, I guess they think that it won’t squawk too much about their freedoms being curtailed.

The President clearly thought that the people who believed him when he said, “if you want your health care, you can keep it,” are knuckleheads.

Mr. Obama clearly thought that if you repeat a lie enough times, people will start believing it, and unfortunately for the President, people did believe that under Obamacare, they would be able to keep their health, despite all evidence to the contrary.

What a bunch of knuckleheads.