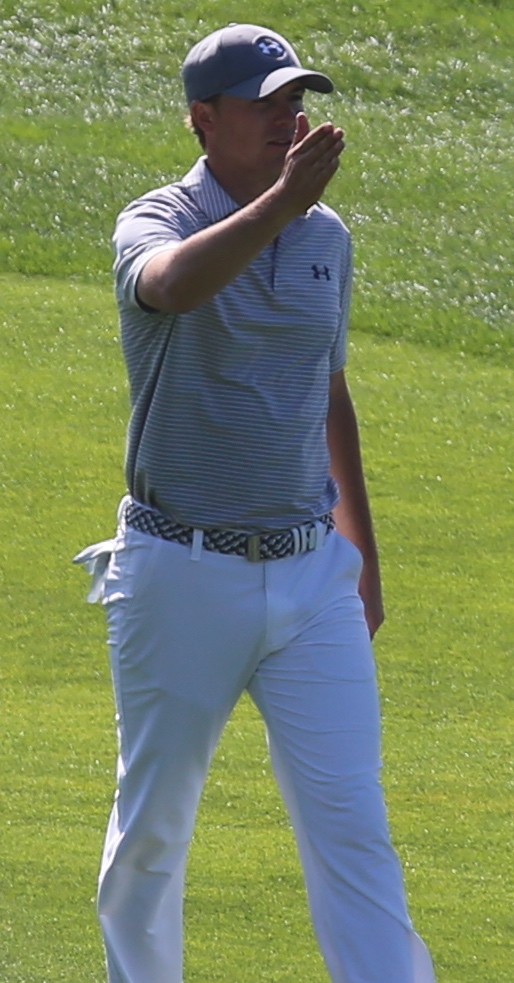 It wouldn’t occur to most people to connect those two. But it dawned on me that while most Americans were horrified with Spieth’s collapse at the Masters, many would love to see a similar collapse for the Trump campaign.

Both had big leads going into the back nines of their respective campaigns. Spieth blew his on the 10th, 11th and especially the 12th holes, a short par-3 that he quadruple bogeyed.

Trump got blown out by a surprisingly large margin in Wisconsin, and while he might be able to steady the ship in New York’s primary, the presidential campaign’s equivalent to the 13th hole (which Spieth birdied), it’s unclear if the GOP front-runner will be able to bring it home to win the requisite 1,237 delegates in Cleveland at the convention.
There couldn’t be a bigger contrast between the men.

Spieth, a Bible-reading Catholic, is a humble, self-effacing prodigy who has captured the hearts and minds of the American public.

Trump once spectacularly misread 2 Corinthians, calling it “Two Corinthians” instead of “Second Corinthians” at Liberty University, which prides itself on being the best Bible school on the planet.

Although golf is the ultimate individual sport, Spieth talks constantly about his team — his caddy, his swing coach, his parents, his sister — when speaking of his triumphs. When he makes mistakes, he blames nobody but himself.

Politics is the ultimate team sport, but for Trump, it’s all about him. The real estate mogul is his own policy adviser. He doesn’t need a pollster. He doesn’t take money from any other rich people because he has so much (which is a lie, as it turns out).

Of course, when things go wrong, he never takes the blame. It’s somebody else’s fault — the Republican Party, the media, protesters or “Lyin’ Ted Cruz.”

The 69-year-old is the ultimate baby boomer. He’s the perfect embodiment of the “Me” generation — loud, obnoxious, self-centered, self-absorbed. It’s all about him, which is why he puts his name on everything, from hotels to vodka.

Trump draws most of his votes from the boomers. He promises not to touch their Social Security, promises to close the borders and promises to “make America great again.”

Spieth is 22. Most folks in his generation don’t think they will get access to the same Social Security benefits their grandparents enjoy.

Polls show that millennials like Spieth dislike Trump intensely. They dislike his bluster, his nativism, his false bravado. They don’t like his policies that much, either.

It’s amazing to watch the young Texan think his way around a golf course. He might not always hit the perfect shot, and he certainly doesn’t have the perfect swing, but he outthinks his opponents. He has an ongoing dialogue with this caddy, Michael Greller, a former math teacher.

Trump is all about political instinct. His chief nemesis, Cruz, has outthought him, especially when it comes to capturing delegates. It’s unclear who Trump is talking with, although he just hired Paul Manafort, an old Washington hand, to help with his convention strategy.

When Spieth wins a golf tournament, you know he won because he outthought the competition. The bellowing billionaire’s winning streak has taken us all by surprise, on the other hand — Trump most of all.

Millennials such as Spieth tend to be optimistic about the future of America. They tend to be much more open to other races, much less judgmental about other people. They also tend to be less materialistic.

Those of Trump’s generation are much more pessimistic. They tend to think America is going in the wrong direction and that the worst is yet to come.

I look at Trump and at Spieth, and while I feel concern about the present, I feel good about the future. After he quits the tour, maybe Spieth could run for president. He will be eligible for the White House in 13 years.