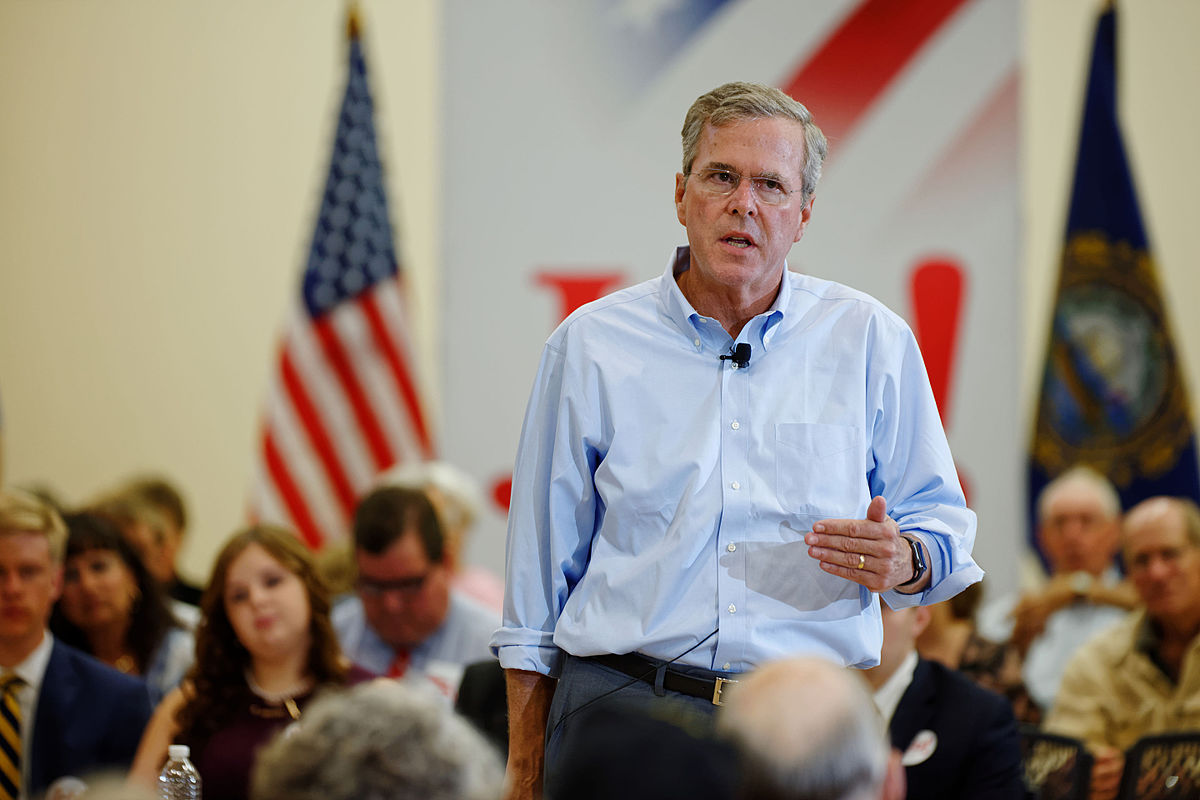 Jeb Bush is not out of this race by any means. The rest of the field is weak at the top but strong at the bottom. The former Florida governor is smack dab in the middle, behind the weakest contenders but ahead of the strongest.

He started with the “Right to Rise”, which means nothing to just about anybody.

He can fix what? An election? A parking ticket? A leaky faucet?

I understand what they are trying to convey. They want Jeb to look like a competent leader who has the gravitas to fix the problems that ail the economy.

Does anything seriously think that the Republican base wants a competent fixer? Do you think they are in the mood for slight adjustments to the status quo?

He was a great leader for conservative values when he was the Governor of Florida. He should articulate those values and those principles in ways that resonate with the Republican base.

He won’t make everybody in the base happy. Some people are just sick and tired of the Bush family and want to throw Jeb out with the Bush bath water.

That being said, the Jeb run for the White House is in many ways a restoration of the Bush family on the American throne. He is like James II in Stewart, England. He is a Catholic version of his brother and his father.

Some of the Tea Partiers are like Oliver Cromwell, Puritan radicals who dislike the Catholic Church as much as they dislike the idea of Royalty.

But the Republican Party is still much more royalist than radical. Corporate America employs more people and has more campaign fundraising muscle than the shopkeepers glorified by the Tea Party.

Jeb Bush shouldn’t necessarily run away from his Royalist roots, but that can’t be the core cruz of his campaign.

Instead he should run on the idea of “Restoring American Greatness.”

Does that sound too much like Donald Trump? Yep, but so what?

Trump will not be the Republican nominee at the end of the day.

Only Jeb Bush can restore America to its former greatness. Or at least that should be his pitch.

Restoration is a constant and deep theme in Western Civilization, and it will resonate with a healthy portion of the Republican base.

It’s a lot better than being a mere fixer.