It’s A Dangerous World Out There 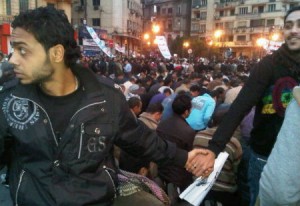 Amid all of the excitement about how wonderful the revolution is in Egypt, an element of the Egyptian mob reminded us that all is not sweetness and light in the streets of Cairo.

Laura Logan, the intrepid and successful CBS News correspondent, was brutally attacked and sexually abused by about 200 gangsters who saw her blond hair and decided that acting like a group of savages was acceptable behavior.

She was eventually saved by a group of Egyptian women and 20 Egyptian soldiers, perhaps the only two groups that currently have any credibility in a civilization that is 7,000 years old.

This attack, as terrible as it was, serves a valuable reminder for American observers. It is a dangerous world out there, especially in this region of tribal governance and a tribal religion.

The news media has played an interesting role in this evolving Middle East drama. More often than not, the media has tried to shape the story rather than just report the story.

The solons of the television world know that big stories like the Egyptian revolution bring big ratings. So, if it is a big story, it is all the more important to get the star reporters and the anchors to be in the middle of it all. And if maybe it gets a little dangerous for some of those star reporters, so much the better. Hey, it’s all about the ratings, right?

Ummm, wrong. Yes, it is important to report the big stories. But it is also important to do so in such a way as to report the news rather than make the news. And most importantly, these news organizations have a responsibility to not put their correspondents into unnecessarily perilous positions.

By all accounts, Logan is a fearless and courageous correspondent. She knows the risks that she takes, and she doesn’t back down when given a tough assignment. But there is fearless reporting and then there is needless risk. All too often, the news networks are taking needless risks and putting their own people in harm’s way.