Iraq, Bush and the Upcoming Campaign 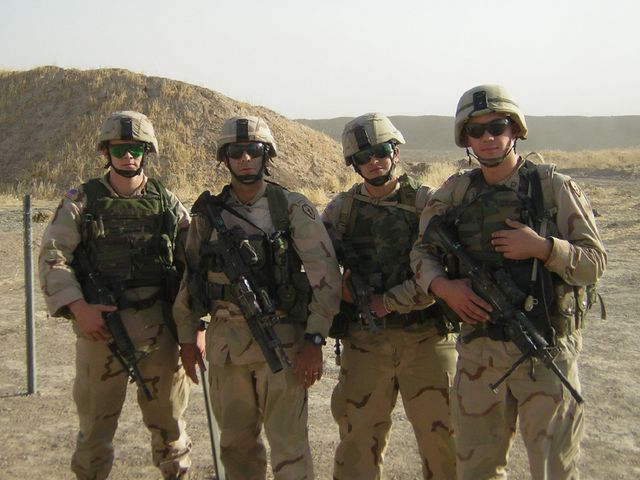 US Soldiers in Iraq

I was talking to my good friend Alex Mistri, a man who spent a year working for the military and the State Department in Iraq, and I asked him what he thought about departure of combat troops from that beleaguered country.

He told me he was deeply ambivalent. He wished that the president had a just a little more patience to give the Iraqis a chance to get their coalition government together. On the one hand, he was happy to see that our policies over there have worked and that many of our troops are coming home knowing that they did a good job. On the other hand, he is deeply apprehensive that the cake isn’t ready yet, and by leaving, we give extremists a chance to destabilize the country.

I share Alex’s deep ambivalence. I share Alex’s pride in the job our combat troops did in battling terrorists and stabilizing large sections of a country that has been in constant turmoil for almost a decade. But this thing is not over, and I hope that the president didn’t rush this for political reasons.

Mr. Obama needs some good news politically. His poll ratings are suffering. A new survey released by a Democratic pollster found that George W. Bush is more popular in the 40 most vulnerable Democratic seats than President Obama. That means that the president’s plan to blame Bush for everything is not going to work in the seats that need the most help. That is bad news politically for the Democrats.

The economy is a basket case. We might not have a double-dip recession, but it will be a close call. Housing continues to struggle, the stock market continues to bump up and down, and because of the specter of huge tax increases coming in January, most big corporations are hanging on to their money rather than investing it in new jobs.

President Obama also stepped in by opining on the 9/11 mosque. This has hurt him in the polls, as now more Americans think he is Muslim and fewer think he is Christian than ever before. This is not good news for a president who is struggling to unite the country under an aggressive liberal agenda.

Is it a coincidence that the president pushed for a complete withdrawal of combat troops from Iraq three months before the election, before the Iraqis have settled on a ruling coalition, before the country has really settled down and before we know what is going to happen between Israel and Iran?

That President Bush is making a comeback at the expense of President Obama in the 40 most vulnerable Democratic seats speaks volumes about where the collective head of the American people is now. The American people instinctively give credit to George Bush for the victory in Iraq, because they know that he was one who took the politically courageous step to push for a surge to give us a chance to win there. They also know that if things go bad in the aftermath of this decision, it is because President Obama put political considerations in front of good policy judgment.

The next withdrawal of American troops is scheduled right before the Democratic primary season gets kicked off, in August of 2011 in Afghanistan. It will be hard for any Democrat to run from the left to beat Obama if he is able to make the claim that he ended the war in Afghanistan, too. I don’t have proof that these political considerations are driving our foreign policy, but I have my suspicions.

The upcoming campaign is going to be a referendum on President Obama and his leadership on the economy and on Iraq, as well as on his ability to unite the country and fix Washington. Right now it is highly likely that he won’t get as much credit for pulling our troops out of Iraq as he was banking on, and he will get blamed for the economy and for failing to fix the federal government.