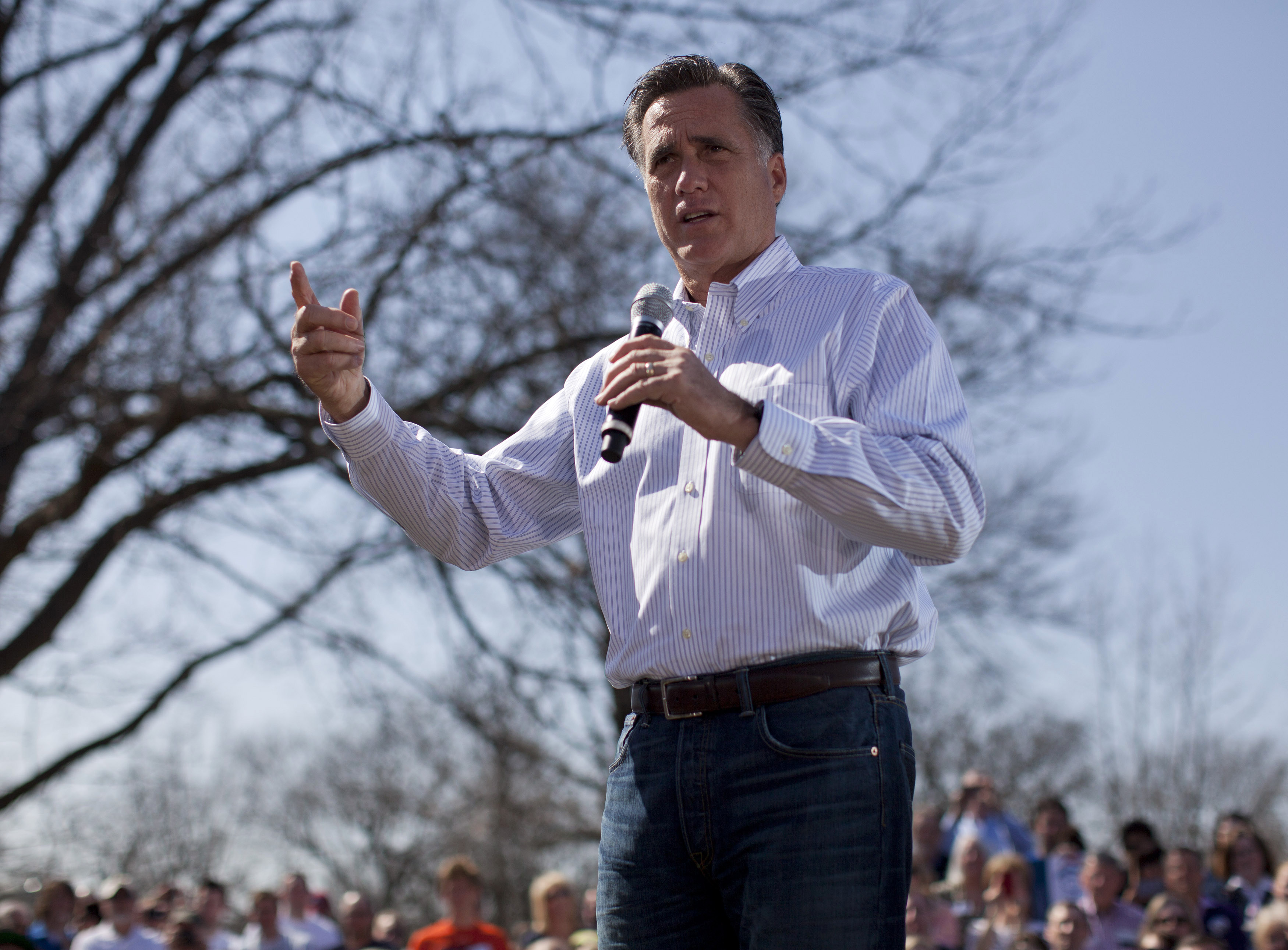 "A foolish consistency is the hobgoblin of little minds, adored by little statesmen and philosophers and divines.”

Mitt Romney should channel his inner Dirksen, if not his inner Emerson.  Consistency is over-rated in a political campaign.  Just ask the President.  He campaigned vigorously against Hillary Clinton on the individual mandate issue, only to not only sign it, but now to vigorously defend it both in the court room but also in the court of public opinion.

Romney has been overly concerned with being consistent on a variety of issues.  Apparently his campaign is worried about being cast as another John Kerry, a flip-flopping rich, effete liberal guy from Massachusetts.

Romney is no liberal.  Nor does he have to worry about being cast as another John Kerry.  Kerry couldn’t help but talk like a flip-flopping Senator and of course he had the famous line, “I was for the war before I was against it.”

The Republican nominee’s spokesman showed how concerned the Romney campaign is with consistency when he vainly tried to agree with President Obama that his individual mandate is a penalty and not a tax.  Eric Fehrnstrom apparently thought that the peril that comes from being inconsistent outweighed the obvious plus of branding Obamacare as one of the biggest tax increases in American history.

But the Romney campaign can make a simple case that what he did was different than what Obama did.  What Romney did in Massachusetts was contained to Massachusetts.  It was not a national program.  The Bay State does all kinds of crazy things that other states refuse to replicate.  Quite often, what happens in Massachusetts stays in Massachusetts, as it should be.

Romney-care is not Obamacare.  Romney-care passes constitutional muster because it is a state program.  End of story.

Apparently, the Romney campaign is slow-walking its answer to the President’s new immigration program because they don’t want to seem to be inconsistent from its primary rhetoric.

That is non-sense.  For one thing, Romney should go on the attack against the Obama record.  Obama lied about immigration reform.  He said he would do it and he didn’t.  He has extradited more Hispanics out of the country than any other President in history.  And the Obama economy has hit the Hispanic community the hardest, which is why so many of them are returning home.

And when it comes to the new Obama plan, which can only be declared a three-month political exercise, he offers no promises and no programs beyond the election.  Can the Hispanic Community really trust the President to follow through on his promises?

My advice to Team Romney:  Don’t let consistency be the hobgoblin of this campaign.