Hillary Won the Debate. Will it matter? 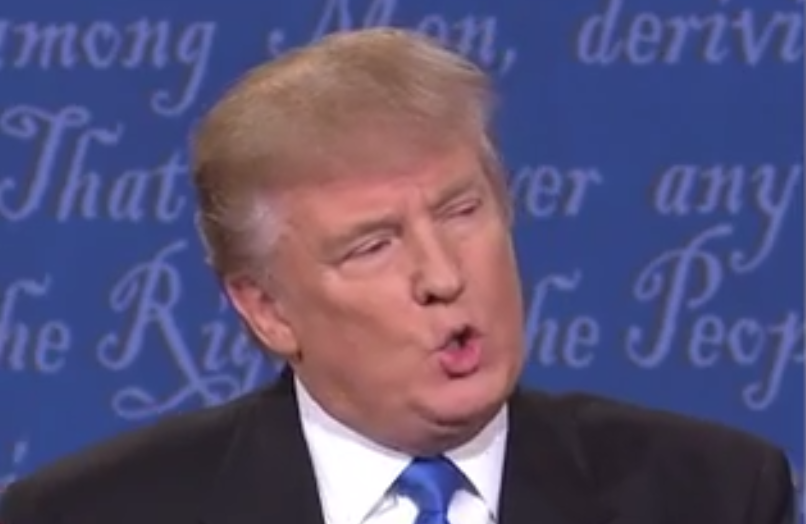 The question is not who won this debate.

Hillary won it, hands down.

She was prepared.  He wasn’t.

She did her homework.  He made stuff up.

She kept her composure.  He lost his.

She was sharp.  He rambled.

Nope, that is not the question.

Of course, she won the debate.  That was expected.  But it was probably a bit worse for Trump than his partisans desired.

But that is not the question.

The question is does it really matter?

After all, he routinely lost debates throughout the Republican primary, and it never seemed to slow him down.

And nobody is hiring Trump because of his intimate knowledge of policy issues.  Nobody is hiring him because he is great debater or a particularly articulate spokesman for his beliefs.

Voters want Trump precisely because he is not your typical politician.  They want Trump because he promises to blow up the status quo.

Trump is a symbol of something bigger.  He is symbol of a nation that wants to real change.

When Hillary attacked him for his business deals, it accentuated the fact that he is a business man and not a politician.  She condemned him for saying that he was happy to have the real estate market crash, but hey, he’s a businessman.  Buy low, sell high.

Does it matter that Hillary won on debating points when she is a defender of the status quo?

Does it matter that Hillary proved to best able to articulate her policies when those policies would lead to bigger government and higher taxes?

He proved that he is a businessman and doesn’t know the fine points of debate etiquette.

For voters who desperately want change, his less than stellar performance probably is no vice.  Being a practiced politician is no virtue.

Trump was aggressive and tough.

That might offend some people who find it disrespectful and annoying.  But to those who want somebody stand up to the status quo, it could be quite attractive.

It’s hard to know how the voters will view this debate.

They judge Trump differently from any other politician.

Yes, he is graded on a curve.  He is not your typical candidate for the White House.  That is his greatest strength and his greatest weakness.

We saw much of that weakness tonight in the debate.  But we don’t know if that weakness will turn out to be an asset to the voters who want somebody to completely disrupt the status quo.