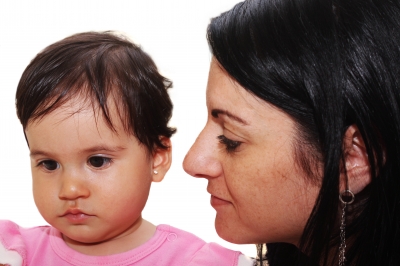 We Live Under a Helicopter Government ("Mother With A Child" by David Castillo Dominici FreeDigitalPhotos.net)

We live in an era of helicopter government.

No, I am talking about the NSA and black helicopters that reportedly buzz the sky, spying on the American people, although, these days, I wouldn’t put it past them.

A helicopter parent is somebody who hovers above their kid, (and it usually is one child, because if you have a bunch of kids, you simply don’t have the time to hover over all of them), making sure that nothing bad happens to them.

An example:  A helicopter parent never lets go of the bike when they are trying to teach Johnny how to ride for fear that they might scrape their knees.

If you don’t let go of the bike and risk the knee-scraping, the kid never learns how to ride.

Helicopter parents are all over the place these days.  They want only the best for their kids, and they want to shield them from all that is risky.

That attitude had permeated the government, but with much less benign tones.

I was thinking about this when I read a story about a New York City cop who beat the hell out of an 84 year-old jaywalker who simply didn’t understand what the police officer was saying.

The police officer was trying to enforce the jaywalking laws, and I understand that these laws are put in place to protect people from themselves.  But at some point, you have to let nature take its course.

For the last 50 years or so, the government has been fighting a “war on drugs” that uses the power of the state to enforce private behavior.  To say this war has had mixed results is an understatement.

Some people want to do drugs and they will do anything they can to get them.  The marketplace is going to serve that demand, no matter how much the government tries to get in the way.

Sometimes, you have to let nature to its course.

There was a great story in Forbes written by Stephen Hayward entitled, “Bureaucracy in America Now Goes All the Way Down."  Here is an excerpt:

“While conservatives (and populists of many stripes) typically attack the growth of centralized bureaucracy in Washington DC, we are failing to perceive how fully bureaucratic rule nowadays permeates every level of government right down to many small town councils and county commissions.  Consider, for example, the more than three dozen cases reported around the country of local bureaucrats flexing their power to stamp out the menace of . . . children’s lemonade stands.  The Coralville, Iowa, police shut down 4-year-old Abigail Krstinger’s sidewalk lemonade stand because she lacked a $400 city permit—a feat duplicated in Midway, Georgia; Appleton, Wisconsin; and McAllen, Texas.  This kind of bureaucratic blunderbuss wasn’t limited just to phantom fears of an obscure lemon juice-borne bacteria.  Local bureaucracies have even restricted or stopped annual Girl Scout cookie sales drives.”

I appreciate the passion exhibited by some members of the Tea Party and their desire to get government off of their backs .    I don’t they should be aiming primarily at black helicopters, though.  They should be taking aim at helicopter government.