Who Are These Guys? 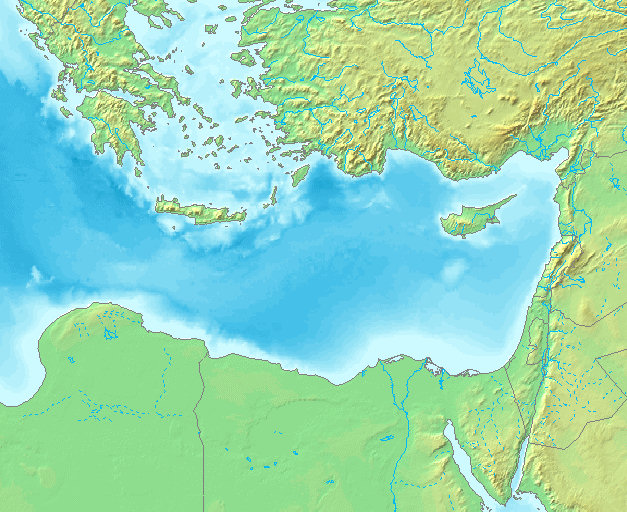 "Levantine Sea" by edited by w:nl:hanhil - own work based on PD map. Licensed under Public domain via Wikimedia Commons.

Who are these guys?

That’s the famous line from the classic movie, “Butch Cassidy and the Sundance Kid”.

It could also be asked of the Sunni insurgency that has overtaken a healthy portion of Iraq and Syria.

According to Wikipedia, here is the definition of Levant:

The Levant (/ləˈvænt/), also known as the Eastern Mediterranean, is a geographic and cultural region consisting of the "eastern Mediterranean littoral between Anatolia and Egypt". The Levant today consists of the island of Cyprus, Israel, Jordan, Lebanon, Syria, Palestine, and part of southern Turkey (the former Aleppo Vilayet).

Precise definitions have varied over time, and the term originally had a broader and less well-defined usage. The Levant has been described as the "crossroads of western Asia, the eastern Mediterranean and northeast Africa", and the "northwest of the Arabian plate".

Levant is a French word, meaning “rising.”   You could see the Sun rise over that region from Italy, hence the name.

The up-rising in Syria and Iraq hasn’t quite engulfed the whole of the Levant, but clearly that is the goal of some of the leaders of the group.

ISIS reminds me a bit of the Taliban.   Unlike Al Qaeda, which is basically a terrorist group, ISIS is just as intent on building government functions as it is to do battle with the western powers.

And like the Taliban, which rose after the Western forces left Afghanistan, ISIS has risen in power after the United States departed Iraq and refused to engage in Syria.

Nature abhors a vacuum, and President Obama created a vacuum by leaving Iraq too soon.

You get the sense from the media that ISIS is (a) a bunch of religious extremists, (b) is a bunch of terrorists or (c) magically appeared from outer space.

They are brutal.  There’s no doubt about that.  They routinely line up hundreds of their captives and execute them, and worse, they take video and post their handy work on YouTube.

But in this region of the world, that’s not that uncommon.

Bashir Assad certainly doesn’t play by the Marquis of Queensbury Rules.  Neither did Saddam Hussein nor the Egyptians.

But their use of social media is a double-edged sword.   On the one hand, it attracts followers and scares those who might try to resist.  On the other hand, it forces the hand of President Obama, who now is forced to engage in the region, something he has very little interest in doing.

ISIS did not come from outer space.  It arose from Sunnis who had been disenfranchised by the Shiite in Bagdad on one hand and the Alawites in Damascus on the other.

They are ethnically different from the Kurds, who have more than a passing interest in establishing their own country from the remnants of Iraq and Syria.  The Kurds are our natural allies in this conflict, but their designs on a greater Kurdistan makes our NATO partners in Turkey very, very nervous.

ISIS, of course, wants to get its hands on some of the oil money available in that portion of Iraq, but in the meantime, they will bankroll their operations through kidnappings, thievery and perhaps some cash from Sunni sheiks on other countries (perhaps Saudi Arabia?).

Once you let the genie out of the bottle, it is awfully hard to put it back there.

It is unlikely that we can completely crush the new Sunni State without committing tremendous resources and manpower.  Our best bet might be containment.

But it is awfully hard to figure out how much we will coordinate with the Iranians and the Assad regime, the two groups that have the most to lose with a resurgent Sunni Caliphate in their backyards.

Some coordination will be possible.

I don’t see how ISIS (or ISL) achieves its strategic objectives by committing terrorist acts on America soil.  If they learn anything from the Taliban, they should learn that if you hit us, we hit you a lot harder.

Executing James Foley was a huge blunder for them.  It got America at least interested in reengaging in the region of the first time in years.

Another terrorist attack on American soil would serve the same purpose for ISIS that bombing Pearl Harbor achieved for the Japanese: The regime’s complete destruction.

I don’t think we should take the ISIS threat too lightly.  Nor should we make promises we can’t keep.   Absent a terrorist attack, the American people have very little interest in committing the blood and treasure to wiping them out.