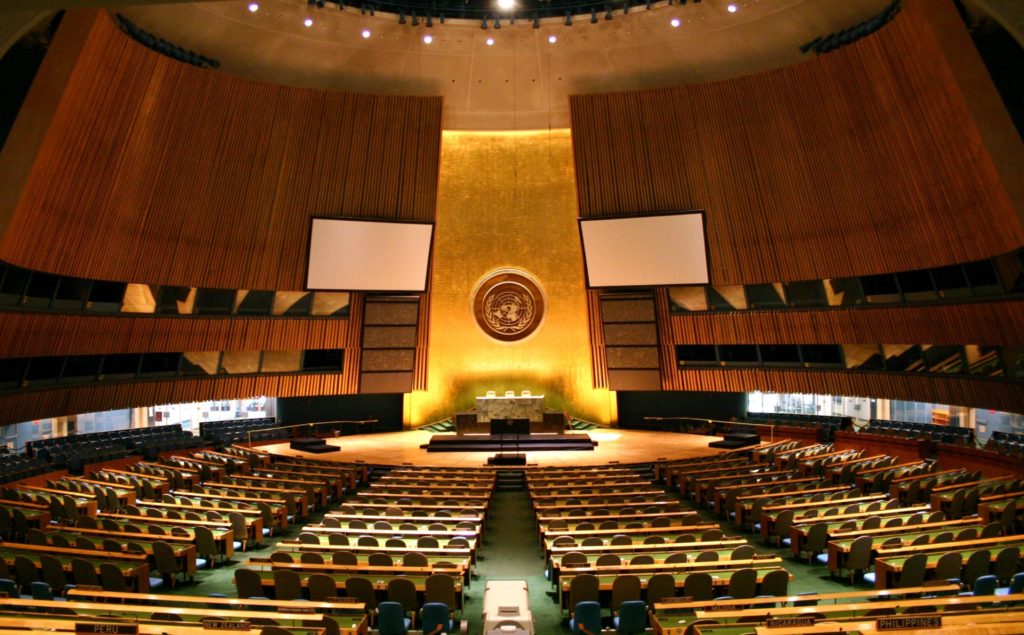 That might be a cliché, but it makes sense.

If everybody knows directly where their property line stops and where their neighbor’s starts, there is a helluva lot less confusion.

The President went to the United Nations today and laid out the case for good, strong fences.

Here is what he said about sovereignty:

“In America, the people govern, the people rule, and the people are sovereign. I was elected not to take power, but to give power to the American people where it belongs. In foreign affairs, we are renewing this founding principle of sovereignty. Our government's first duty is to its people, to our citizens, to serve their needs, to ensure their safety, to preserve their rights, and to defend their values. As president of the United States, I will always put America first. Just like you, as the leaders of your countries, will always and should always put your countries first.”

Sovereignty is a loaded word.  It has a whiff of royalty to it, but it really means that the state has the supreme power or authority to rule.

A country that cannot rule itself is not really a country.

Which brings us to the whole purpose of the United Nations.

The UN is a cross between a glorified debating society and a retirement home for elderly diplomats.

Although the United States funds a relatively high percentage of its operations, those who make up the UN are more prone to bite the hand that feeds it than it is to promote the interests of the American people.

Perhaps the most disturbing path taken by the UN over the last several decades is its increasingly virulent opposition to the State of Israel.  On almost every occasion, the majority of countries vote with those who would prefer to wipe Israel off the map.

The United Nations exists to impinge on the national sovereignty of other countries.  If America didn’t sit on the Security Council and if it didn’t fund most of its operations, there is no doubt in my mind that the UN would vote to impose a carbon tax on the United States to pay for its contributions to global warming.

The concept of good borders and national sovereignty has come under great stress over the last several decades.

The global economy and the rise of multi-national corporations have weakened the entire concept of the nation state.

Apple and Google have far more cash on hand than does the United States Treasury and of most other nations for that matter.

The free flow of capital naturally seeks to be strategically placed in locations that have the lowest  corporate tax rates, regardless of national origin.

And mass migrations of people, some fleeing from drought, others fleeing from war, and still others searching for a better life for their children, are sweeping the globe, overwhelming Europe, Jordan, the United States, the Sudan, and other places.

People who leave pestilence, plague and poverty, tend not to move back expeditiously.

This too challenges the concept of national borders.

The United States is not only country to deal with this global phenomenon.  But as the economic and moral leader of the world, other countries are watching what we do.

The President is saying that he will look out for the interests of his citizens and his country before he looks out for the rest of the world.  And he is urging other countries to do the same.

Take care of your own business.  Do what is right for your citizens.  Build good fences but be good neighbors.

I think this makes sense.

A political leader who doesn’t look out for his own people will not be in that leadership position for long.

And I think President Trump is making his America first pitch at exactly the right time in world history.

We are not engaged in a death match with global communism.  We are not picking up the pieces for the rest of the world in the aftermath of the Second World War.  And we frankly can’t afford to be the benevolent banker to the world, giving out no interest loans with no expectation that they get paid back.

We are broke.  So we need to start looking out for our own interests first.

That doesn’t mean that we won’t fight aggression when we see it, or support our allies when we must or take out dictators who threaten the world when we have no choice.

And undoubtedly, there is a time for collective action when we must work with the United Nations when we must combat a global threat.

But we must never forget that we are a sovereign nation, dedicated to taking care of our people first.  We have a responsibility to ourselves and to our children to build a country that is fiscally sound, to build a nation of laws and not whims, where we have the freedom to practice any kind of religion we want and to freely petition our government when we want and to speak our minds when we must.

This is part of our American history.  And it is why America is a unique place.

But not everybody wants to live in America, cares about our Constitution or thinks that the freedom of religion or of speech is a particularly good thing.

Those people live in different countries have their own sovereignty and their own ways of doing things.

And I think that is fine.  It might be a small world after all, but that doesn’t mean we all agree on the same topics.

That’s the beauty of good fences and good neighbors.