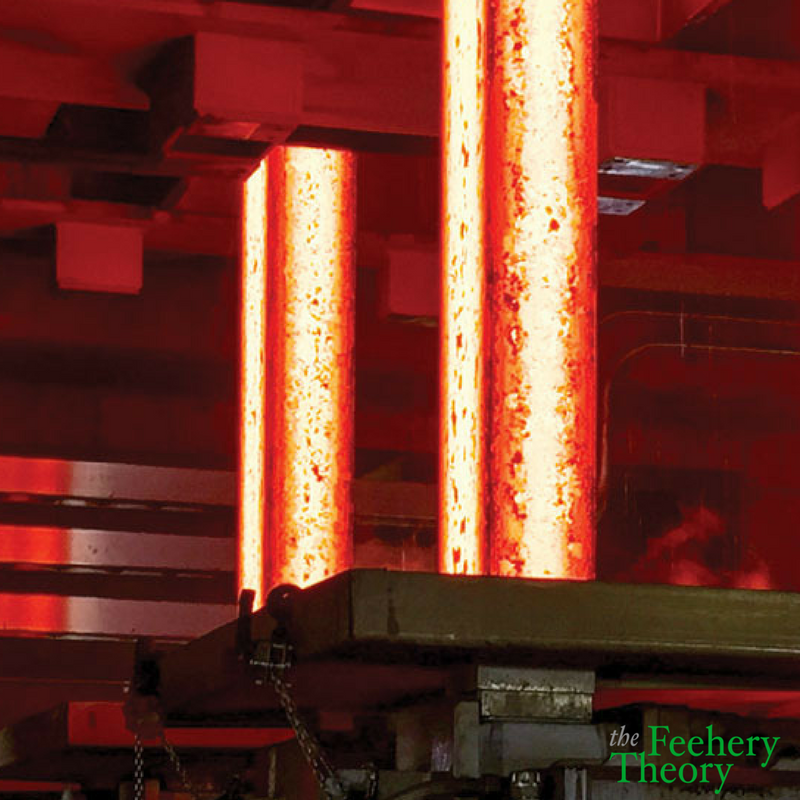 Let’s say you are playing a board game with your big brother.

Your big brother had rigged the rules in his favor.

You will cry to your mother or you will quit playing the game.

To steelworkers across America’s heartland, free trade is kind of like that board game.

It seems that no matter what they do, they are on the losing end of the game.

Free trade sounds so easy.  Everybody lowers their tariffs and everybody has a fair shot at making their products and selling them on the open market.

But in reality, there is no such thing as free trade.

Trade laws are very, very complicated.  We lower some tariffs on some products that come into the United States in exchange for higher tariffs on other products.  We fight for intellectual property protections.  We have rules against dumping that are litigated at the World Trade Organization.  Each country has certain products that it fights hard to protect.

Over the last two decades, the biggest disrupter on the world trade stage has been China.

They are the biggest potential market in the world.  They have billions of workers who produce billions of products.  They have exceptionally low wages, by the standards of the Western world, which makes them a very mighty manufacturer.

And they don’t play by our rules.  They are a communist country, perhaps not as Marx and Lenin envisioned it, but a planned, command and control economy that puts government central to the planning and execution process.

For liberal pundits like Tom Friedman, China’s ability to efficiently and ruthlessly plot a course for the future, without really worrying about things like elections or public opinion, is a sight to behold and perhaps envy.

From a competitive standpoint, central planning, combined with brutal execution, makes China a malevolent force on the world trade stage.

That is especially the case when it comes to steel.  China’s overproduction of steel seeps through the rest of the world economy, leading to closed plants in America’s heartland.

This is not a secret.  Everybody knows that when American manufacturers buy steel from South Korea or the Ukraine, they are really buying it from the Chinese.

Now, cheap steel is bad for America’s steel industry, but it is pretty good for many other parts of the American manufacturing sector.  For the oil and gas industry, especially those midstream producers who make pipelines, cheap steel helps them turn a profit, even in an industry that has had its own downturn thanks to overproduction.

To make cars and trucks and big buildings and roads and bridges, you need steel.  Cheap steel means you can make it cheaper.

And for consumers, that is largely a pretty good deal.

But cheap steel that is allowed to be dumped into the American marketplace without the proper regard for the market economy turns out to be very bad for the American steel industry.

George W. Bush, the free-trade Republican President, famously imposed tariffs on Chinese steel that were roughly similar to what President Trump said he was going to do.

The only real difference between Trump and Bush is that Trump campaigned on doing precisely what he is doing, while Bush campaigned against what he eventually did, before changing his mind.

The concept of free trade is, of course, worthy.  Allowing products to move seamlessly from all jurisdictions with nothing but the invisible hand of the infallible laws of supply and demand to guide them is the economist vision of nirvana.

But the real work is a bit more complicated than that.

And lately, the free trade board game keeps creating the same winners and the same losers.

The losers in free trade, not coincidently, are also the same losers who have been hit the hardest by the opioid epidemic and now the scourge of heroin addiction.

The two are not unrelated.

I think there can be a balanced achieved here.

We can have affordable steel and a thriving American steel industry.

The President’s efforts to protect this important American industry is not inconsistent with his campaign pledge to help America’s steelworkers.  So, I guess it is refreshing to see any politician try to keep his promises.

Do we need a full-fledged trade war to protect the American steel industry?  No, I don’t think so.

Do we need to reign in China and stop them from dumping so much steel that it kills our domestic industry?  You are damn right we do.

We can find a balance here.  Let’s hope this opening salvo from the President gets us there.