Experience Doesn’t Seem to Matter (But Maybe It Should) 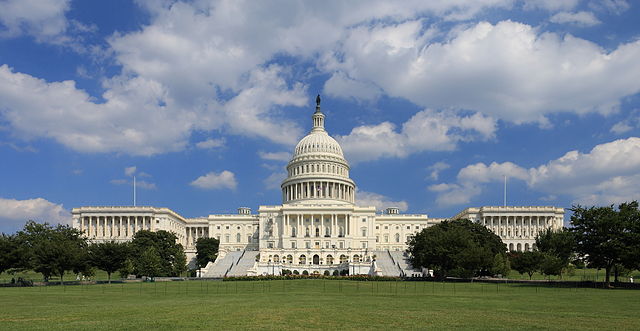 It used to be that voters would pick Governors over Senators in Presidential races.

But Mr. Obama neatly avoided that problem by only spending the briefest of time in the Senate, and using that time by mostly avoiding making much of a mark. His biggest accomplishment was voting against the war in Iraq (which he didn’t actually do in the Senate, because he wasn’t there then).

Using the Obama model, two of the three leading Republican contenders in 2016 are Ted Cruz and Marco Rubio. Like Obama, they have very little actual experience in the Senate, which they have used to their advantage.

Neither Cruz nor Rubio get caught up in Senate-speak with their rhetoric. They don’t talk about the motion to proceed or cloture or S.344.   And although they serve in the Congress, they don’t spend any of their time defending it or its institutional prerogatives.

Cruz has used the fact that he is hated by every one of his colleagues as a source of strength with the voters. His argument to the voters is thus: You hate Washington. Washington hates me. Ergo, you should really love me.

That argument is logically suspect, but it seems to be effective so far.

Rubio’s opponents have tried to attack him on his time in office: He never shows up and when he is there, he isn’t very effective. But thus far, those attacks seem to have fallen flat. While he is getting some flack for trying to fix our broken immigration system (how dare he try to double the border patrol and build a wall on the Mexican border!), when Jeb Bush tried to attack him for never showing up to do his job, it was Bush who looked foolish.

The Obama model worked for a couple reasons.

Primary voters are more ideological than general election voters.   And despite all of the hatred of Washington, that’s where you get the most political press (unless, of course, you are from New York).

In the ideological world where primary voters live, experience matters much less that philosophical fealty. It doesn’t matter what you have done. It matters only what you stand for.

I like Marco Rubio. He is far superior to either Ted Cruz or Donald Trump. But it is hard to make the case that Rubio’s past predicts in any way future success. That’s because he hasn’t had much of a past. Sure, he served as Speaker of the Florida House and for four years as the Junior Senator from Florida. But that’s a pretty thin resume. Or at least it used to be considered thin before Mr. Obama swept into office.

But now Rubio can make the case that he is every bit as experienced as our current President was when he came to office.

Ted Cruz has even less experience then Rubio.

Looking at the experience levels of the various candidates, here are my rankings:

John Kasich: Long-time House Member, Budget Committee Chairman who actually balanced the budget, enough private sector experience to have an appreciation of how the real work works, very successful and popular governor in a swing state.

Jeb Bush: Two-term Governor of one of our biggest states, who implemented more conservative policies than any other candidate.

Chris Christie: Two-term governor of a blue state, good at getting votes in minority communities.

Marco Rubio: State legislative experience and 5 years in the US Senate.

Ted Cruz: Some experience in the Bush Administration, Texas Solicitor General, 4 years in the Senate.

Carly Fiorina: No relevant experience except for losing a Senate campaign.

I am old school. I would like to elect a President who knows what the hell he (or she) is doing when he first steps into the Oval Office. I think putting Barack Obama into the White House has been a disaster for the country and I wouldn’t want to make that mistake again.

But that’s just me.

The voters seem to have a different perspective.