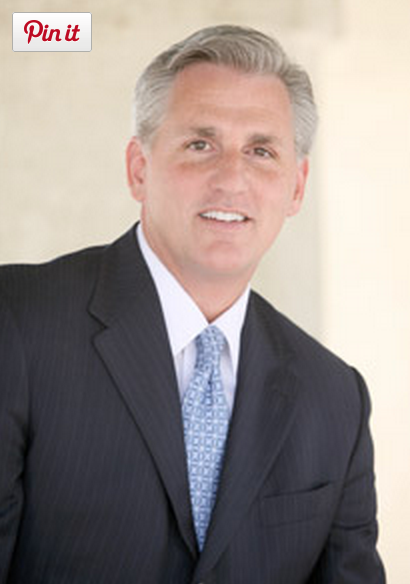 Everybody is jumping on the "bash Kevin McCarthy" bandwagon.

I think everybody should just jump back off of it.

What McCarthy said is not in any way offensive.

He stated the facts, just the facts.

Let’s deconstruct what he said. Here are the exact comments:

"Everybody thought Hillary Clinton was unbeatable, right? But we put together a Benghazi special committee, a select committee. What are her numbers today? Her numbers are dropping. Why? Because she's untrustable. But no one would have known any of that had happened had we not fought."

Everybody did think that Hillary Clinton was unbeatable. But it has become clear that everybody was wrong. Hillary is not unbeatable. Indeed, Bernie Sanders raised every bit as much money as she did in the last fundraising period. Why is that?

Well, because she has been exposed for lying to the American people.

What was that second sentence uttered by the incoming Speaker?

“But we put together a Benghazi special committee, a select committee.”

What about the third and fourth sentences?

“What are her numbers today? Her numbers are dropping.”

That statement is also undeniable. Her ratings are coming back to earth. She is losing to Bernie Sanders in New Hampshire, for chrissakes. By double digits.

Now, let’s go to the fifth and sixth sentences.

“Why? Because she's untrustable.”

That is also a factual statement. We know now that we can’t trust Hillary Clinton. The poll numbers prove that, although we kind of instinctively knew that anyway.

“But no one would have known any of that had happened had we not fought.”

Once again, right on target.

This oversight investigation exposed the truth about Hillary Clinton’s stewardship at the State Department during a particularly troubling time in American history.

Hillary didn’t want the truth to come out.

But that is the very purpose of Congressional oversight.   To expose the truth.

Hillary Clinton played a significant and important role in the Obama Administration, especially when it came to Benghazi. She is trying to use that experience to catapult herself to the Oval Office.

It is entirely appropriate that Congress investigate her actions, especially when it comes to Benghazi.

The Select Committee followed the story where it went. And their investigation exposed the seedier side of a State Department and a Cabinet Secretary who has tried her best to hide the truth.

Kevin McCarthy is getting hammered by the Clinton campaign for telling the truth. Nothing he said was wrong or even inappropriate.

Republicans are throwing the Majority Leader under the bus because they didn’t like how he said what he said.   But they should be careful not to do Clinton’s work for her.

Everything McCarthy said was true and fully appropriate in my humble opinion.