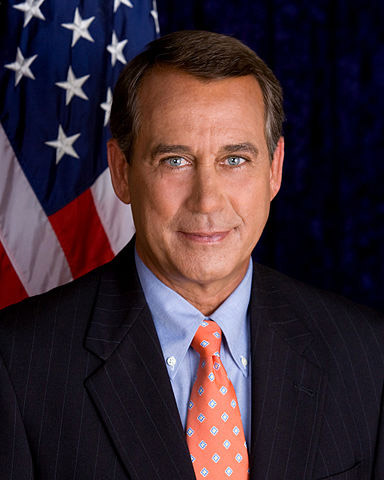 (Originally posted on the WSJ.)

As speaker of the House since 2011, the Ohio Republican has had some amazing achievements, culminating in a historic joint meeting of Congress with Pope Francis this week. He presided over a rambunctious and undisciplined conservative majority, and he did it with aplomb and unfailing good humor.

The speaker wanted to get some big things done, including entitlement reform, which he achieved partially with the permanent “doc fix” this year. A comprehensive fix to our broken immigration system proved to be out of his reach.

That was not because of his inabilities as a legislator. Mr. Boehner knew how to cut deals and how to make good laws. What he didn’t know how to do was reconcile an angry conservative movement with an implacable liberal president.

But no political leader could have brought those two forces together.

Like Steve Bartman, the baseball fan who inadvertently interfered with a foul ball in 2003 and was unfairly blamed for the Cubs’ collapse in a playoff run, John Boehner became a scapegoat for conservatives irrationally and counterproductively radicalized in opposition to President Barack Obama.

Mr. Boehner thought that shutting down the government was stupid in 2013, but he went along because that’s what the conservative movement wanted. When it didn’t work out like the right-wingers had anticipated, they blamed Mr. Boehner but not themselves.

That’s the burden of leadership: You take the arrows with the office.

It’s not easy leading the Republican conference, and Mr. Boehner ruffled some feathers and made enemies. That, too, goes with the territory.

Improbably, the speaker became toxic in the districts of many of his colleagues. Unlike leaders who became unpopular because of scandals or partisan misplays, John Boehner was admired by many in the mainstream media and not generally known by most Americans. He is no Newt Gingrich in that respect.

But the hard right hated Mr. Boehner, and that hatred was driven by a conservative media industry that had a vested interest in creating scapegoats and tearing down the speaker. Mr. Boehner was constantly attacked on talk radio, and that led to phone calls to members’ offices.

Members hate defending their leaders to their constituents. They hate it even more when it is primary voters who are complaining the loudest.

This outcome wasn’t fair, or right, or smart. But Mr. Boehner’s colleagues in the Republican conference didn’t want to vote again to reaffirm their support for him as speaker. It wasn’t personal. Mr. Boehner is well liked by most of his colleagues.

This was business. And all too often, the business of politics is tawdry and unfair and sometimes just plain stupid.

Mr. Boehner will find that when he leaves office, a huge burden will lift. His golf game will improve, and he can go back to being the regular guy who stopped at Pete’s Diner.