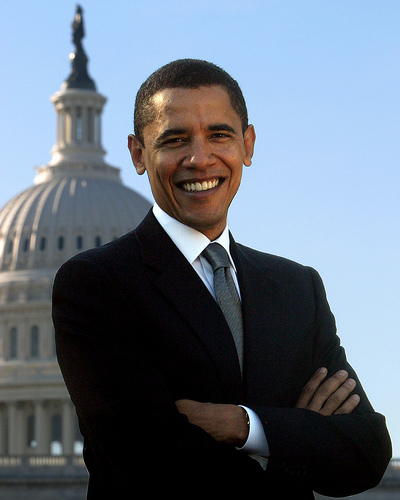 President Obama should be watching closely the actions of those members of the House who are abandoning Anthony Weiner. These are the same characters who will likely abandon him next year if the economy doesn't improve dramatically.

Politicians are pretty transactional creatures. If you can help during my reelection, I am all with you. If you cause me serious trouble, you are a problem who must be disposed with.

Politico reports that the Obama team is expanding the map, looking to win in Georgia and Arizona, because they know they can't win in Indiana, Virginia and North Carolina. That means that the Obama team is already hitting the panic button. They go to bed every night, praying that Republicans nominate Michelle Bachmann, Sarah Palin, or Rick Perry.

The GOP is now more trusted than the President on the economy, which is amazing if you think about it. They have passed a controversial budget that promised to dramatically reform Medicare, and that Medicare plan is pretty much all they have. And yet, because the American people dislike the President's economic policies so much, the GOP has seized the advantage.

The President needs a budget deal if he wants to have any hope of winning re-election. He should take the last best offer from Eric Cantor, and hope that the economy turns around in time so that the folks who are now condemning Aanthony Weiner don't turn on him next year.