Democrats Want An Issue, Not a Solution, To The Dreamer’s Debacle 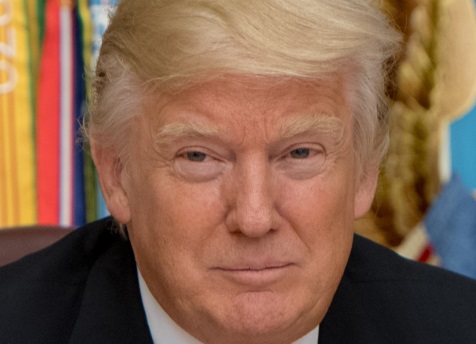 It is entirely believable that President Trump uttered his now infamous shithole comment.  If he didn’t, he wouldn’t have let the comment linger out there as long as he did.

Now, on background, it is being said that he didn’t say shithole.  He said shithouse.

For Dick Durbin, what he profits from relating this private conversation to the rest of the world is political mischief.  What he most likely wants to do is screw up any potential deal with President Trump when it comes to the Dreamers.  The Democrats don’t care as much about the Dreamers as they do about their own political futures.  They would rather have the issue than have a solution.

The President was making his comments specifically about the countries that fall under a program called Temporary Protected Status.  Those countries include El Salvador, Haiti, Honduras, Nepal, Nicaragua, Somalia, South Sudan, Sudan, Syria, and Yemen.

I don’t know if it is fair to call these countries shitholes.  I don’t know if it is not fair.  I do know that these countries are a complete and total mess.  El Salvador and Honduras are among the most violent places on earth, except of course for Somalia, Sudan, Syria, and Yemen.  The first two countries are most notorious for being the birthplace and breeding ground for MS-13 while the last countries on the list are breeding grounds for Islamic terrorism.

Obviously, not everybody that comes from those countries is either a member of MS-13 or an Islamic terrorist, but there are enough of both to raise some concerns about how folks from these countries might assimilate into America.

Dick Durbin demanded, as part of the immigration negotiations that specifically El Salvadorans, Haitians, and Sudanese be given permanent status here in the United States because their temporary status has run out.

That was a last minute demand that successfully added some real chaos to the Dreamer negotiations.  Because the last thing that the Democrats really want is for the President to get credit for delivering a permanent solution to the Dreamer problem.

And when the President reacted viscerally and with pointed language his objections, those objections were immediately shared with the wider public.  Mission accomplished.

The President apparently mentioned in his comments his affection for the Norwegians and why don’t we get more folks from Norway coming to the United States.

Norway, according to many polls, is the happiest place on earth.  Maybe that’s why Norwegians typically don’t beat a path to America’s door.   Most people probably don’t know this, but not that long ago, in September of last year, the center-right party, in coalition, won a small majority promoting policies to increase energy production, cut corporate taxes and yes, restrict immigration from places like Sudan, Syria and other places that send immigrants who don’t assimilate as quickly as the natives might like.  Maybe that’s why President Trump likes them so.

I am of the opinion and have been of the opinion that we need to fix our broken immigration system.  That means getting rid of gang-bangers and drug dealers.

A side-note.  I am reading the book “Dreamland” which describes America’s exploding opioid problem.  One of the main themes of the book is about a cadre of Mexican drug-traffickers who blend in seamlessly with the Mexican immigrant community and who sell black tar heroin to Americans who can’t get access to legal opioids.  Maybe that heroin would have been sold to customers if there weren’t these Mexican entrepreneurs who came to this country illegally, were able to escape detection from local law enforcement and the DEA and sell their deadly product.  But then again, maybe not.

The problem for the Democrats is that Trump’s policies are working for many of their constituencies.  When illegal immigrants are not allowed in the country (or don’t come here), wages do go up and more people are enticed into coming to work.  Those policies are working, in real time.  Wages are going up and the unemployment rate for black Americans is the lowest in measurable modern history.

So that’s a problem for those who support open borders and the free exploitation of labor, which doesn’t just include the likes of Nancy Pelosi, but also many libertarians and free-market advocates (myself included).

The author of the book “Dreamland” doesn’t believe that we need a wall on our Southwestern Border.  That’s his opinion and he has some valid reasons for that opinion.  But he didn’t win a Presidential election promising such a wall and Donald Trump did.  I think a substantial down payment to better secure is a small price to pay for a bigger immigration deal.

And if Democrats really wanted to get a deal on immigration, they would gladly pay that price.

But Democrats don’t want an immigration solution.  They want an issue.  And the issue they want to pound on is that Donald Trump is a racist.   Trump signing a DACA deal would be a huge blow to their campaign fortunes.

Calling Donald Trump a racist unites a wobbly Democratic Party.  Making the charge stick is the only hope that the Democrats have for defeating him.

They don’t really have the Russia Collusion fantasy (although they haven’t given up on that).

Democrats win when they skillfully exploit the racial fears of their coalition partners.

The President should avoid making that easy for them.  He shouldn’t have called El Salvador, Haiti, Sudan, Syria and all the rest of those places shitholes, especially in the presence of a political operator as talented as Dick Durbin.