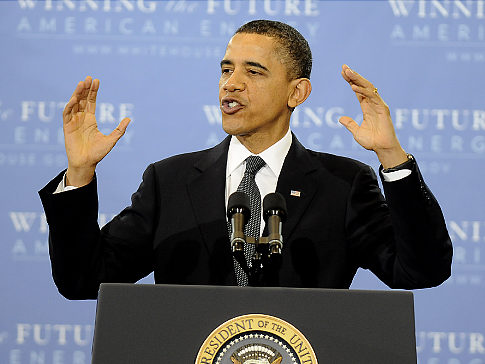 President Obama emailed his supporters that he is running for re-election. I guess he did that as a way to tell young voters (who largely powered his initial election campaign) that he is still with them.

Young voters ought to delete the email. If there is any one fundamental truth about this President, it is that he is at heart a conventional politician, not a transformational leader. And while Chuck Todd pointed out the irony of Obama announcing his re-election on the same day that Eric Holder announced that the President was going to backtrack on one of his top campaign promises (that KSM would stand trial in a civilian court), I don’t think that young people care a lick about that kind of stuff.

What they should care about is Medicare. And Medicare, left unchecked, will ultimately destroy America for young people.

Ezra Klein, the left-wing blogger for the Washington Post, wrote this morning about the fact that we don’t invest in a country in basic science and research like we should. I actually agree with him, but what was most interesting was the chart that accompanied his story. The chart showed how much money we dedicated to basic research in the early 1960’s (in connection with the Space Program) and then showed how that spending has sharply diminished over the last forty years. I bet you if you put a graph that tracked that spending along with Medicare spending, you would see a tale of two lines intersecting, one going up and one going down.

The problem with entitlement spending, especially the entitlement spending that targets old people, is that we keep getting more old people and they are getting older and living longer. Now, usually, getting older is a good thing and living longer is something we all want to do, but the problems come when your whole budget gets taken up by keeping old people alive. Nothing against old people, but if you spend roughly 75% of your budget on programs for old people (and all of your tax revenue, by the way), then you have nothing to spend on young people or more importantly, on innovations that make our young people better able to compete with the rest of the world.

Paul Ryan, who is a young person (at least as far as the Congress is concerned) has offered a plan that says: Enough!!! He is offering a budget that caps the spending on Medicare. He does this by giving every old person (well, actually young person, because his plan won’t impact any old people today) a certain amount of support for their health insurance, but ending the open-ended entitlement. Any budget geek knows that we have to do a program like this sometime in the future. Most politicians (especially Democratic politicians) willfully ignore this reality.

This is the uncomfortable reality that we all must face today. President Obama, who now says we must “win the future”, used to say “Yes, we can.” But he is neither winning the future nor yes-we-canning. Young people ought to delete Mr. Obama’s re-election email. He is doing nothing to help make the future better for them.