Debate on Health Care (Part 1): Should NOT be Repealed 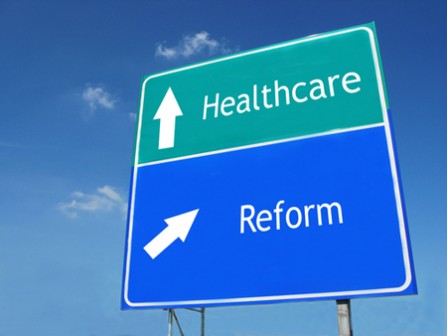 The Feehery Theory is an open forum where if you want to put out your theory, you just have to submit it. The following theory comes from one of our readers, Mitch Dworkin. A follow up from  John Feehery will be posted on Monday.

Health care should NOT be repealed even though it is imperfect and despite the messy process of how it was passed.  I would love to see serious bipartisan negotiations to improve health care but I do not think it can happen as long as so many Republicans fear Rush Limbaugh and the many millions of Tea Party activists he influences who can primary them if they compromise.

My first point is that I have not seen a serious Republican health care alternative with guarantees to insure millions of people, including people with preexisting conditions, if health care is repealed:

With this being the case, what did Obama have to work with as far as the process was concerned when he met with Republicans about health care and Michele Bachmann said that more was accomplished at the White House Beer Summit?  How I wish we could return to the days of Ronald Reagan and Tip O'Neill when serious bipartisan negotiations took place on big issues!

But big the question right now is what is the Republican health care plan, guarantees, and safety nets for all poor people if health care is repealed and if millions of people lose their coverage?  What will be done for them if they need expensive medicine and/or an operation that they cannot afford?  It is my truly sincere hope that poor people will not just be left to suffer and/or die because they have no guarantees, no safety nets, or that their vouchers ran out due to no fault of their own!

h Dworkin is an Independent political consultant who lives in Dallas, Texas. He has worked on many campaigns and he specializes in research, analysis, writing, and rapid response. What makes Mitch different from some other political analysts is that he always calls things right down the middle as he honestly sees them and he will always tell people the truth as he sees it and as how he can document it even if it is not popular.  Mitch is also for bipartisanship and compromise while opposing extremism in both parties.

Mitch graduated from Rhode Island College in 1988 with a Bachelor of Arts Degree in Political Science and from Bridgewater State College in 1992 with a Masters Degree in Education.  You can follow him on Facebook at http://www.facebook.com/mitch.dworkin, and reach him by e mail at mtdwrkn02@aol.com, or by phone at 469-556-7026. Credible documentation for all of the claims in this post is available on request. Mitch never makes any claims that he cannot tangibly prove.  Please feel free to contact Mitch if you would like to receive any documentation.