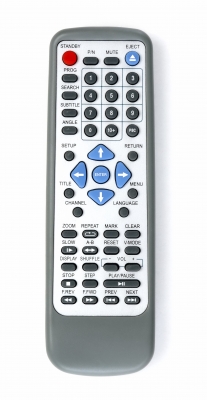 I am not a prude, but I sure am glad that my wife made my son go to bed instead of watching the beginning of the Grammy Awards.

I like music and my 7-year old loves music.

He knows the lyrics to just about every song on 94.7 Fresh FM (although he makes up some of the ones he doesn’t quite understand, which is completely understandable.  I do too).

I ask him questions about who sings what, and he usually knows the answer, pronto.

And had the Grammy’s been a celebration of music, well, that would have been fine for him to stay awake.

But my wife, being the smart woman she is, told Jack to get himself to bed, and we turned off the television until he was upstairs, reading a book.

And when we turned the TV back on, we had Beyonce’s derriere staring us back in the face.   Now, she has a nice figure, but 7-year old kids don’t really need to be seeing that on the big screen television.

What are the producers of these shows thinking?

What happened to some discretion, some class, some respect?

One of my son’s favorite songs is Radioactive, sung by Imagine Dragons.

The producers decided it would be funny to mix that song, which has its own intensity, with rapper Kendrick Lamar.  Lamar proceeded to rap (if that is what you call it) so many expletives that half the song was blanked out.

Is that much profanity really necessary on an awards show?

Several people on the Twitter mentioned how much Satanic imagery there was during the show, especially during the Katy Perry routine?  Couldn’t Katy Perry just sing “Roar” and be done with it?  Do we really need to conjure up the Devil on network television?

I went to be bed before the whole wedding thing happened.

To me that kind of gimmick reminds me of the something the Moonies would try to pull.

Apparently Queen Latifah, the actress, talk show host, rap star and model (did you know she was a model?), got a 12 hour commission from the State of California, to perform weddings.   She then married 34 couples during the awards show and said afterward: “I look forward to the day when presiding over a historic wedding ceremony like this is just the norm.”

Maybe she should become a Moonie, where that is the norm.

Anyway, the Grammies used to be all about the music.

Last night, it more about the bootie, the Moonies, demons, dragons and all kinds of bad language.

No wonder the fellas from Daft Punk decided to keep their helmets on.